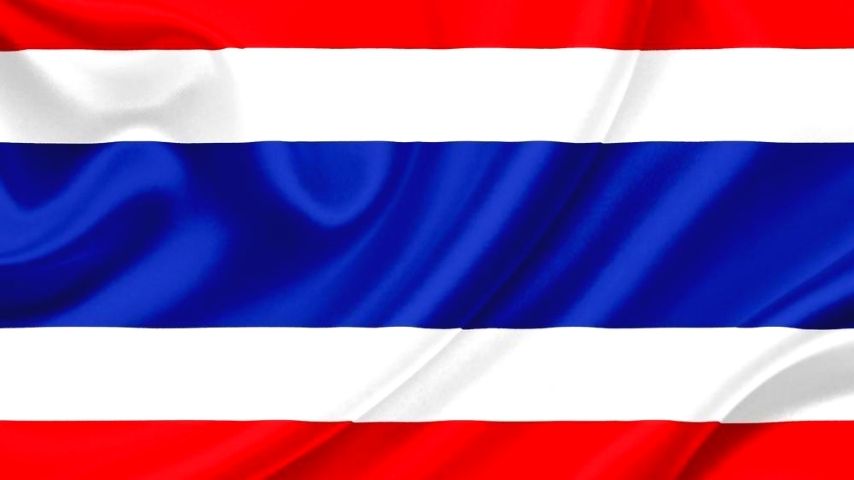 Southeastern Asia, bordering the Andaman Sea and the Gulf of Thailand, southeast of Burma

Thailand continues to be one of the central hubs in the Association of Southeast Asian Nation (ASEAN) for attracting foreign direct investment (FDI), due to its advantages for foreign investors seeking to do business in Asia. It provides an attractive business and economic environment and government incentives, which have greatly contributed to the development of private sectors in creating and maintaining Thailand’s economic growth and prosperity along with its technological development.

The Government of Thailand has taken a supportive and positive position in promoting and welcoming foreign investment. Thailand’s Board of Investment (BOI) offers both tax and non-tax incentives, which aim to promote the development of certain target industries, and most key business sectors of the economy are open to foreign investors.

Thailand therefore continues to improve its attractiveness for FDI through many government initiatives which seek to make the country more accessible to those seeking to expand their presence in Asia while at the same time reducing the amount of red tape required for beginning or expanding business activities.

Manufacturing represents a significant portion of Thailand’s GDP, with electronics, cars and automotive components, and agricultural commodities and food products representing some of the largest industries. The service sector and agricultural sector are also important employers in Thailand.

As of 2021, the population of Thailand is just under 70 million, which includes a wide range of people from many ethnicities such as Chinese, Malays, Cambodians, Vietnamese, Indians and others. The official language in Thailand is Thai while English is also a common language and is widely used in business, particularly in Bangkok, Chonburi, Phuket and other major cities.

Business cultures in Thailand are quite similar to its neighbouring countries in Asia. The Thai culture exercises significant influence on business dealings. Although the Thai people are tolerant of different behaviours, the optimal approach is one of politeness and respect without losing one’s temper or raising one’s voice. Conflicts should be resolved by polite discussion. There is a unique Thai identity, giving rise to “the Thai way” of doing things. Personal ties and trust are also important to the Thai people; accordingly, direct personal questions are common and not inappropriate. Yet, people tend to be indirect in their dealings with each other and go around an issue rather than directly to the key point. Tasks may therefore be accomplished less efficiently and less quickly than with a direct approach.

However, there have recently been movements to challenge the established norms of a paternalistic society by questioning the status quo and arguing for openness, transparency, and accountability.

The Thailand 4.0 initiative has been making significant headway. Thailand 4.0 is a policy aimed at transforming the economy of Thailand into a “Value-Based Economy’ by emphasising research and development (R&D), creative thinking, and innovation. The Eastern Economic Corridor (EEC) Project, regulated under the Eastern Economic Corridor Act (EEC Act), is one of the initial projects driving the new policy. The EEC Act is designed to attract both foreign and domestic investments, initially in three Eastern provinces of Thailand: Chachoengsao, Chon Buri and Rayong. Its purpose is to turn Thailand’s Eastern region into a leading ASEAN economic zone. The EEC Project is targeting the following industries in the Eastern region:

In addition to the above industries, the EEC Project also focuses on the development of infrastructure, technology and transportation. It plans to implement various transportation projects in the Eastern areas. Various projects are already in the works, including the:

Politics in the past year has been dominated by the COVID-19 pandemic and the government’s response to it.

The business climate in Thailand continues to be positive and welcoming to foreign investment. Currently, deregulation and trade liberalization are taking place on many fronts, largely driven by Thailand’s participation in the ASEAN Economic Community (AEC). In 2015, the AEC Blueprint 2025 was adopted, providing the AEC with a broad economic direction which resulted in the more autonomous movement of goods, services, capital, and labor. Certain changes have already come into effect, such as:

According to a survey by Ookla in April 2021, Thailand also has the seventh fastest fixed internet speed at 206.81 Mbit/s behind Singapore, South Korea, Hong Kong, Monaco, Romania and Denmark.

Thailand operates on a 230V supply voltage and 50Hz.

Thailand is becoming an increasingly appealing destination for travelers and professionals, even as a second home, due to its rich cultural history, affordable yet exceptionally high standard of living, and favorable tax regime.

Thailand’s exclusive residence program allows foreign nationals to stay in the country for up to 20 years. The Thailand Elite Residence Program is the world’s first of its kind, providing unlimited access to Southeast Asia’s crown jewel as well as a variety of complimentary VIP benefits.

The residence permit (privilege entry visa) is issued by Thailand Privilege Card Company Limited (TPC), a wholly owned subsidiary of Thailand’s Tourism Authority, which is part of the Ministry of Tourism and Sport. The ‘Land of Smiles,’ as the country is often referred to due to its friendly citizens, has become one of Southeast Asia’s most sought-after destinations, with an increasing number of wealthy families and retired individuals seeking to take advantage of its temperate climate, spectacular landscape, and outstanding leisure facilities.

Elite Privilege Access is a ten-year residence visa intended for family members. The one-time fee is 1,000,000 THB, which equates to approximately $32,500 for the main applicant and $25,000 for each dependent. There is no yearly fee. The program includes VIP airport express services, transportation services, government concierge services, and an annual health check.

Processing time is with in 2-3 months

Thai (official) only 90.7%, Thai and other languages 6.4%, only other languages 2.9% (includes Malay, Burmese); note – data represent population by language(s) spoken at home; English is a secondary language of the elite (2010 est.)

Any person, regardless of their tax residence status, who derives employment income from working for a Thai employer in Thailand, is subject to personal income tax, regardless of whether this income is paid within or outside Thailand.

Under local tax law, an individual who stays in Thailand for a total of at least 180 days in a tax (calendar) year is regarded as Thai tax resident. Ownership of property, nationality, or legality to stay in Thailand are not factors to be considered for tax resident status.

Tax resident individuals are subject to PIT at progressive rates of 5% to 35%.

The tax year runs from 1 January to 31 December every year.

Employers and employees must each contribute to the Social Security Fund an amount equal to 5% of the employee’s gross wages, up to a maximum of THB750 per month. The rate of social security contribution can be temporarily reduced under circumstances (such as COVID-19).

In the context of employment in Thailand, non-tax resident employees working for Thai employers are also subject to PIT at progressive rates ranging from 5% to 35%.

Companies incorporated in Thailand are considered to be tax residents of Thailand.

Non-tax resident business entities not carrying out business in Thailand must pay income tax on the gross amount of their Thai-sourced income (such as service fees, royalties, interest, and rental income) at a flat rate of 15% (or 10% for dividends), unless otherwise exempt or reduced under tax treaties. Income tax is paid through tax withheld at the source, by the payer of income, at the time of the payment.

Currently, VAT is payable at a rate of 7% (or 0% for export of goods and services) on the following categories of business transactions:

Certain business activities are subject to SBT, instead of VAT, at a payable rate varying between 0.1% and 3% of gross monthly receipts. Such businesses include:

Capital gains are considered ordinary income. Those obtained from the sale of securities listed on the Stock Exchange of Thailand or any other ASEAN stock exchange, on the other hand, are tax exempt, subject to certain exceptions.

A 12.5 percent real property tax is levied on the rental value of the property each year. Inheritances worth more than THB100,000,000 are taxed at a 10% rate, though exceptions may apply in certain circumstances. A gift tax is levied on donations of assets worth more than a certain amount. 20,000,000 baht (10 million in the case that recipient is not a descendant, ascendant or spouse).

In Thailand, there are no taxes on net wealth.

In terms of corporate taxation, resident entities are taxed at a rate of 20% on their worldwide income. Small and medium-sized enterprises (SMEs) may be subject to lower progressive rates if their paid-in capital and net taxable profits do not exceed certain thresholds.

Tax holidays of up to eight years may be granted to entities approved by the Board of Investment. Companies operating under the International Headquarters (IHQ) and International Trade Center (ITC) regimes may be exempt from CIT for up to 15 years, among other benefits.