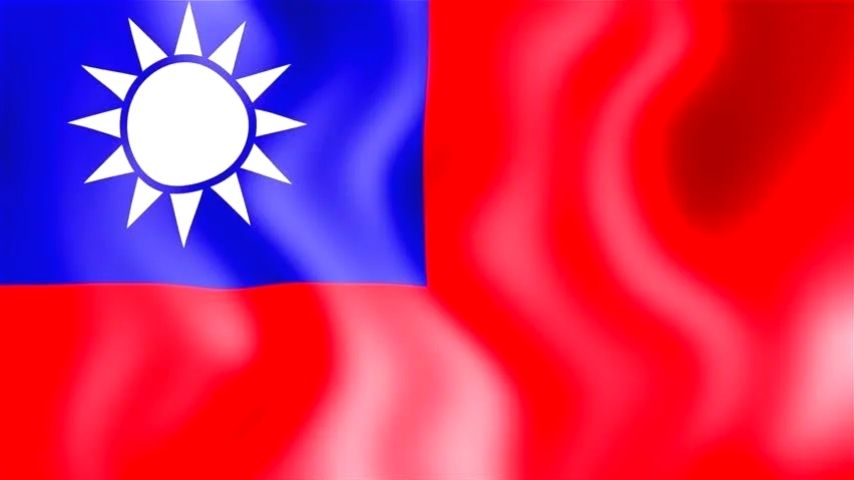 Taiwan had a $625 GDP output in 2018, and it is a powerhouse for electronics, expos, and the home of electronics manufacturing giant Foxconn, which manufactures products for Apple, Amazon, and Microsoft. Taiwan’s currency is the New Taiwan dollar. The Taiwanese government encourages significant foreign direct investment (FDI) in a variety of sectors.

Taiwan has a robust and developed capitalist economy. Taiwan is the seventh-largest economy in Asia and the 20th largest in the world as measured by purchasing power parity. Taiwan is classified as a high-income economy by the World Bank.

Over the past 40 years, Taiwan’s economic growth has been driven by exports. Known for its manufacturing capabilities, Taiwan’s economy has in recent years transitioned to technology and capital-intensive service industries such as electronics and information technology, which now make up approximately 35% of Taiwan’s industrial structure. Most businesses are small and medium-sized enterprises, often run by families.

Dominant industries include semiconductor manufacturing, information technology, and electronics. Taiwan Semiconductor Manufacturing Company (TSMC) is the world’s most valuable semiconductor company and one of Taiwan’s most important companies. Global brands originating from Taiwan include:

Taiwan is also present in emerging industries, producing solar panel batteries and LED panels, and leading Asia in offshore wind power. It is estimated that 75% of Tesla’s supply chain is located in Taiwan.

Approximately 23.7 million people live in Taiwan. The most widely spoken language is Mandarin Chinese written in traditional characters. Taiwanese (also known as Hokkien), Hakka dialects and approximately 16 indigenous languages are also spoken and recognized (along with sign language) as national languages, although proficiency varies across the country. English literacy is higher in large cities and among younger individuals.

Business culture in Taiwan is typically hierarchical in nature, with power and authority commonly being wielded based on seniority and age. People in senior positions are often referred to by their title and surname rather than their first names. Business etiquette is not as rigid as in Japan and South Korea. When meeting and greeting each other, business people shake hands and exchange business cards. Because the economy is largely geared towards exports, many Taiwanese businesspeople are familiar with global business etiquette.

The fixed-date holidays include:

Due to its political situation, Taiwan is not a member of the UN but has codified UN Covenants on human rights into domestic law. Taiwan is a member of the World Trade Organization (WTO) and Asia-Pacific Economic Cooperation (APEC). Taiwan plans to join the Comprehensive and Progressive Agreement for Trans-Pacific Partnership (CPTPP).

Until May 2021, Taiwan had avoided lockdowns and the suspension of economic activity due to the Covid-19 pandemic. GDP actually grew 2.98% in 2020 due to an increase in exports. In particular, demand for semiconductors, personal computers, and laptops reached new highs as people around the world switched to working from home.

Taiwan has seen the repatriation of businesses from China in light of the US-China trade war and enjoyed an increase of USD42 billion in investment by Taiwanese companies returning from China between 2019 and February 2021. The local economy also benefited from:

Recent noteworthy legislative changes include amendments to the:

Securities and Exchange Act. Any company listed or traded over-the-counter is now required to disclose the average compensation of all its employees, as well as the compensation paid to the company’s directors and supervisors.

At an average connection speed of 85.02 Megabits per second (Mbps), Taiwan has the fastest Internet speed in the world.

Taiwan has the same electrical standard as the US and Canada. The power plugs and sockets are of type A and B. The standard voltage is 110 V and the standard frequency is 60 Hz.

You can apply for a Resident visa for Entrepreneurs if you want to start a business and live in the Republic of China (ROC, Taiwan).

In Taiwan, you must establish a company with at least NTD500,000 in paid-in capital. To renew your residency permit in the second year, your company must have a turnover of at least NTD3,000,000.

Alternatively, you can obtain an entrepreneur visa if you receive funding of at least NTD2,000,000 from foreign or domestic venture capital or any government-recognized crowdfunding platform, or participate in a national entrepreneurial park such as the Taiwan Startup Stadium, or hold patents in or outside Taiwan, or win startup or design competitions such as IDG Demo Show, Red Dot, iF design, or invest at least NTD1 million in an innovative project.

It should be noted that there are three resident visas available for each business venture.

Your dependents may be granted residency based on your residence permit.

You can apply for a permanent residence permit after 5 years of continuous legal residency. To qualify, you must be physically present in Taiwan for at least 183 days per year, have a monthly income that is at least twice the minimum wage set by the Council of Labor Affairs, and have a net worth of more than NTD5,000,000.

Alternatively, if you have invested NTD15,000,000 in a business and created 5 full-time jobs for ROC nationals over a three-year period, or if you have invested NTD30,000,000 in ROC government bonds over a three-year period, you may apply for Permanent Residency. You will not be required to be physically present in Taiwan during your residency under this scheme.

You can apply for naturalization after 5 years of continuous legal residency. Each application is handled on a case-by-case basis, but typically you will be required to be a tax resident for at least 5 years, have no criminal history, pass an exam of the Chinese-Mandarin language, laws, and regulations, be a skilled professional, and demonstrate an ability to financially support yourself (twice the minimum wage and net worth over NTD5,000,000).

If you have obtained funding from a Venture Capital firm or crowdfunding platform:

If you participate in a ROC national entrepreneurial park:

If you have been awarded a patent either in Taiwan or overseas:

If you have been awarded in a leading domestic or overseas business start-up or design competition, or have had an application approved to participate in a government project to encourage overseas entrepreneurs to invest in Taiwan:

If you have invested at least NT$1 million in the enterprise:

Contract Signing
A service contract will be signed if clients fulfill the application requirements.

Landing in Taiwan
Applicants should land in Taiwan for account opening.

Application for Investment
The application should be submitted to the relevant government department.

Fund Transfer
After the application is reviewed and confirmed by the relevant department, applicants can complete the transfer of investment.

Company Registration
The registration of the company is completed afterwards.

Submission of Application
Applicants should land in Taiwan for the application for Resident Visa for Investment.

Obtaining Resident Visa
The resident visa will be granted upon successful application.

Han Chinese (including Holo, who compose approximately 70% of Taiwan’s population, Hakka, and other groups originating in mainland China) more than 95%, indigenous Malayo-Polynesian peoples 2.3%

In 2019, Taiwan’s health personnel density ranged at around 138.4 doctors and nurses per ten thousand inhabitants.

Tax-residents and non-residents are subject to tax on their Taiwanese-source income.

Tax residents’ income is subject to personal income tax at progressive rates up to 45% on income exceeding NTD 10,310,001. Non-residents are taxed at a flat rate of 18% on income derived from salaries and wages and 20 % on the rest.

Foreign source income may be subject to tax at a flat rate of 20%, if foreign-sourced income is equal to or more than NTD1 million, with basic income exceeding NTD6.7 million. A tax credit may be available for foreign tax paid.

Interest income is usually subject to a final withholding tax of 15%. Dividends received by a tax resident are taxed only once, at the personal level.

Taiwan’s Executive Yuan announced plans to vote Controlled Foreign Company (CFC) rules into legislation in 2018, however as of 2019, details have not yet been announced and the law has yet to be promulgated.

Taiwan levies a land value tax at progressive rates from 1% to 5.5% on urban and rural lands. A transfer tax between 4% and 6% is levied on the transfer of real property deeds. There is an estate and gift tax on worldwide assets of Taiwanese-domiciled individuals. There is no tax on net worth in Taiwan.

V.A.T. standard rate is 5%. Certain products and services are zero-rated.

Regarding corporate taxation, resident entities are subject to a 20% tax on their worldwide income, irrespective of source. Taxable income up to NTD120,000 may be tax-exempt and undistributed profits may be subject to a surtax of 5%.

In general, these agreements cover corporate and individual income taxation and follow the Organisation for Economic Co-operation and Development (OECD) Model Tax Conventions.