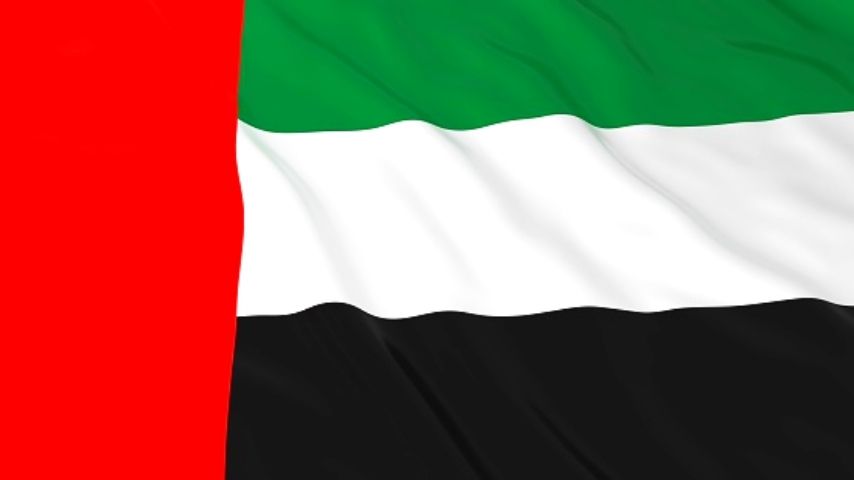 Middle East, bordering the Gulf of Oman and the Persian Gulf, between Oman and Saudi Arabia

The United Arab Emirates (UAE) is a Middle Eastern federation and a member of the Gulf Cooperation Council (GCC) and OPEC. It borders Oman to the southeast, the Persian Gulf to the north, and Saudi Arabia to the west and south on the Arabian Peninsula. It has seven Emirates: Abu Dhabi, Ajman, Dubai, Fujairah, Ras al-Khaimah, Sarja, and Umm al-Qaywayn. Each emirate enjoys significant political, judicial, and economic autonomy.

The emirates have a population of 9 million people. The capital is Abu Dhabi, but the most populous and well-known city is Dubai, which is one of the world’s most cosmopolitan cities. The official languages are Arabic and English. The United Arab Emirates Dirham is the official currency (AED).

According to the Doing Business Report 2019 compiled by the World Bank Group, the United Arab Emirates (UAE) is ranked 11th out of 190 countries listed in the report, which is the highest rank in the region.

The Doing Business Report observed that the UAE made starting a business easier by improving online registration. This is due to the efforts made by the UAE Government to on-board all the existing systems into an online format. In the real estate sector, registration of property has improved due to transparency in the land administration system.

Access to credit, which tends to be a key economic indicator, became easier partly due to the enactment of new legislation Federal Law No. (20) of 2016 on Pledge of Movables as Guarantee for Debts (Pledge Law), which intends to create a unified and modern collateral registry.

According to the Global Competitiveness Report 2018, which measures national competitiveness and levels of productivity, the UAE is ranked 27th and is the highest ranked nation in the Middle East.

The UAE achieved growth in its net annual foreign direct investment inflows in 2016, reaching about USD9 billion, compared with USD8.8 billion in 2015, a growth rate of 2.3% between those two years, with average growth between 2011 and 2016 reaching 4.9%.

The cumulative balance of foreign investments in the country reached about USD117.9 billion in 2016 from USD108.9 billion in 2015. The average growth rate during the period 2011 to 2016 was about 10.7%, mainly supported by the increased investments in the transformative industries and other heavy metals industries such as aluminum and petrochemicals, as well as other sectors such as tourism and aviation.

In the coming years, the country is expected to witness further growth in the inflow of foreign direct investments.

The country is moving towards activating the policy of diversifying its sources of income, in addition to realizing its vision to build a diversified knowledge and innovation economy in a safe economic environment. It aims towards an investment climate, encouraging businesses and giant projects in the sectors of infrastructure, industry, renewable energy, tourism and aviation, adopting the UAE’s top science, technology and innovation policy.

This includes 100 national initiatives in the education, health, energy, transport, space, and water sectors, and the allocation of nearly USD100 billion to them.

In the United Arab Emirates the power plugs and sockets are of type C, D and G. The standard voltage is 220 V and the standard frequency is 50 Hz.

If you want to settle in the UAE and buy a house, you can apply for a Property Investor residence visa. You must invest at least AED1,000,000 in real estate in a government-designated and approved area. After purchasing the property, you may apply for a residence visa. This visa is renewable for up to two years as long as you own the property and visit the country at least once every 180 days. Absence for an extended period of time may result in the visa being revoked. The visa allows you to live in any of the seven Emirates; however, all government-related matters must be handled in the state where your UAE residence visa is issued. It is important to note that this visa does not entitle you to a work permit. Once you have obtained the visa, you can sponsor your relatives, who will be able to apply for a family visa that is linked to your residence visa. A man may not apply for a visa for his children unless he is accompanied by his wife unless the latter is deceased. There is no permanent residence visa, so you must renew your visa every two years. This visa will not grant you citizenship.

STEP 1 – If you are unable to enter the UAE without a visa, you can obtain an entry permit before applying formally. As a result, you’ll need to gather the necessary documentation and submit it through the Channels framework of the Federal Authorities for Identity and Citizenship. If your application is accepted, the authority will review it and issue you a 6-month multiple entry visa.

STEP 2 – Whether you apply in Dubai or Abu Dhabi, you must present it to the local authorities once you arrive in the UAE. You must complete your investment before submitting your application with all required documents.

STEP 3 – Once your application is approved, you will be contacted to schedule an appointment with the local authority to provide biometrics and obtain your resident permit.

There are no personal taxes in the UAE.

The UAE imposes corporate tax only on foreign banks and oil companies. It is yet to apply corporate tax on other businesses established in other sectors/industries. Businesses registered in the free zones are exempt from corporate tax for certain period, which can be extended. However, businesses that make taxable supplies above the mandatory registration threshold (which is around USD103,000 a year) must pay VAT at the rate of 5%.

Because the UAE does not levy personal income taxes, there is no legal definition of tax residency. Residents may, however, be able to obtain a UAE Tax Residency certificate under certain conditions.

A real property tax is levied on the transfer of properties, with rates ranging from 2% to 4% depending on the Emirate in which the property is located. Some municipalities, such as Dubai, levy an annual property tax based on the property’s assessed rental value.

The value-added tax (V.A.T.) rate, which was implemented in 2018, is currently set at 5% on the majority of goods and services.

In terms of corporate taxation, most economic activities are exempt from income tax, with the exception of companies engaged in oil and gas exploration and production and financial services. Except for companies incorporated in Free Zones and offshore companies, corporate foreign ownership is limited to 49 percent.

The UAE imposes corporate tax on businesses and legal entities that are engaged in the oil sector and that are categorised as foreign banks. It has not yet imposed a corporate tax on other industries. Each of the seven emirates is responsible for regulating the oil industry within its borders, creating a mix of production sharing arrangements and service contracts. In Abu Dhabi, the Supreme Petroleum Council (SPC) sets Abu Dhabi’s petroleum-related objectives and policies.

Oil and gas exploration and production companies are taxed at progressive rates up to 55% under the applicable emirate-level tax decree. Foreign banks are generally subject to a 20% tax on profits, which is not applied to national banks.

Businesses registered in the free zones are exempt from corporate or other direct taxes for certain periods, which may vary. That said, any business making taxable supplies above the mandatory registration threshold of USD103,000 a year must pay 5% VAT.

Any business that imports excise goods into the UAE or produces excise goods for consumption must pay excise tax at 50% for carbonated drinks, and 100% for tobacco products and energy drinks.

Each emirate charges a municipal tax on entities/individuals leasing property in the relevant emirate, which can vary from emirate to emirate. In Abu Dhabi, this fee ranges from 5% to 7.5% of the annual rent.

In Dubai, a guest renting a room in a hotel must pay a fee called the “tourism Dirham” for each night, which is calculated according to the classification of the hotel. This fee can range between USD2 to USD6.

In 2018, the Abu Dhabi Executive Council reduced the tourism and various other associated fees that apply in the sector. The tourism fee in Abu Dhabi is currently 3.5% and the municipal fee for each room has been reduced to about USD3.

The UAE is party to more than 100 international tax treaties. The UAE has an important treaty network with 90 double tax treaties currently in force, including with France, Germany, Italy, Spain and Russia. There are also 26 in the pipeline, such as the double tax treaty signed with Argentina on 3 November 2016 and a number of frontier markets, in certain leading African economies.

Generally, those double tax treaties contain no taxation of capital gains, dividends and other payments made to overseas shareholders. In addition, they do not contain any withholding tax or taxation on interest to overseas lenders.

The CRS was adopted in the UAE with an effective date of 1 January 2017. UAE regulatory authorities and the UAE Ministry of Finance have issued UAE CRS legislation to implement the CRS into domestic law.

The following authorities have been appointed as “regulatory authorities” for the purposes of implementing the provisions of the Multilateral Administrative Agreement for Automatic Exchange of Information and the CRS:

The United Arab Emirates (UAE) government has issued a cabinet resolution that, for the first time, sets out rules to determine when a natural or legal person is to be considered a tax resident.

Until now, the UAE has not had a domestic legal definition of tax residency. If disputes arose, tax residency has been decided by the text of income tax treaties concluded with other jurisdictions and by criteria established by the Federal Tax Authority of the UAE. For individual taxpayers, these have included the availability of an annual lease agreement, together with a minimum of 180 days of residence in the UAE. For legal persons, the criteria have included availability of audited accounts and a minimum of one year of establishment.

Now, however, Cabinet Resolution No.85 of 2022 (the Resolution) lays down explicit tests of residence. Natural persons will be deemed tax-resident if any of various conditions are met.

The Resolution also deals with the special case where an international agreement such as a tax treaty specifies certain conditions for determining tax residency. In such cases, the Resolution provides that the international agreement shall continue to apply, so that UAE persons who are assessing their tax residence for the purposes of applying a tax treaty would need to refer to the specific criteria set forth in the treaty itself.

Persons assessing their tax residency can apply to the tax authority for a tax residency certificate, under a procedure also set out in the Resolution. Such a certificate is often a formal requirement for UAE residents wishing to claim tax relief or other benefits in another jurisdiction under the relevant tax treaty.

The resolution will enter into force on 1 March 2023.