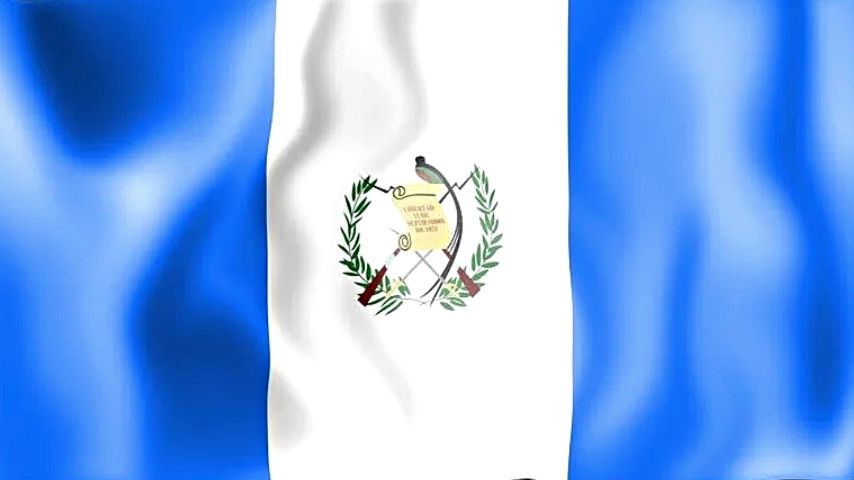 Guatemala is a country in Central America bordering the Northern Pacific Ocean, the Gulf of Honduras, El Salvador, Mexico, Honduras, and Belize. Two mountain chains enter Guatemala from west to east, with a small desert, sand dunes, and hills in-between. The government system is a presidential republic; the chief of state and head of government is the president. Guatemala has a mixed economic system that includes a variety of emerging private freedom, combined with centralized economic planning and government regulation.

The Republic of Guatemala is currently going through a period of political restructuring, with the intensification of the fight against corruption. Several public functionaries are on trial due to corruption charges (including two former presidents, one former vice president, congressmen, judges and mayors). In 2019, the General Election to vote for the President and Vice-president, Congress, and mayors took place, and in January 2020 the new government and elected officials took office. There is speculation about what new policies are going to be implemented by the new government and what laws are going to be approved by Congress to strengthen international trade.

As a result, all branches of state power will be renewed in 2020, with the exception of the highly important Constitutional Court. The new President, Alejandro Giammattei, announced plans to prioritise the following issues:

In his inaugural address, the new president stressed the importance of respecting the independence of the country’s Central Bank Authority to maintain macroeconomic stability.

The president has also announced actions to combat smuggling and tax evasion, with the aim of increasing tax revenue. This includes some modifications to the country’s port system.

One important aspect of Guatemala’s business policy concerns investment in areas such as mining, energy and natural resources, since the country is party to Convention 169 of the International Labor Organization and indigenous people make up a large part of its population.

For many years, mining and energy projects have faced serious problems or have even been suspended by judicial authorities, due to the government’s non-compliance with the right of consultation granted by Convention 169 to potentially affected indigenous communities.

This has been exacerbated by the lack of national rules governing consultation, fierce opposition from environmentalist groups and deep social divisions still apparent after the country’s long and bloody civil war.

The Constitutional Court has many times reminded the Congress of the State’s duty to legislate the right to consultation and has itself issued some general rules and guidelines on the subject through its rulings. However, it has also upheld the suspension of certain projects in many cases, including recent ones. Congress is currently discussing a bill to regulate consultation.

Guatemala’s laws relating to foreign investment create an open environment for overseas investors. The general rule is that foreign investors can wholly own investment vehicles and real estate in Guatemala free of any legal requirements concerning local partners, co-investors or any restrictions concerning a maximum proportion of foreign shareholders. There are a few exceptions, such as open TV (TV broadcasted through channels given in concession by the state), owning property next to the borders of the country, and broadcasting, where some restrictions apply.

Guatemala uses 110 volts, 60 cycle electricity, the same as the US. Plugs are typically the 2-pronged flat type so US travelers will not typically need a converter or adapter

Individuals are taxed on Guatemalan-sourced income. The definition of “Guatemalan source” is broad, including not only the individual’s salary but any income derived from capital investments, interest, capital gains, or property leased, in all cases, within the jurisdiction of Guatemala.

A different tax treatment applies to resident and non-resident employees. Presence in the country for more than 183 days a year would usually give rise to tax residence. Other situations may give rise to withholding tax obligations (regardless of whether the income is characterised as derived from a labour law relationship)

Tax resident individuals are liable to pay income taxes at 5% or 7%, depending on the amount of the taxable income. Individuals with income above the equivalent of US$37,975 are taxed at 7%; other persons are taxed at 5%. The only deductions allowed include:

A 15% withholding tax rate applies to income for tax non-resident individuals that fall under the general category of remuneration for services. The individual must withhold the tax on credit or payment for the services and pay it on behalf of the employee to the Tax Administration within the next ten working days of withholding. No filing requirements apply to tax non-resident employees.

A business vehicle must pay income tax in Guatemala on Guatemalan-sourced income, regardless of nationality or residence. However, the tax regime applicable to residents differs from that applicable to non-residents. While tax resident vehicles are taxed according to the nature of their income (whether derived from their main business activity or from capital investments, and so on), tax non-resident vehicles are subject to withholding taxes, the rates of which vary according to several categories of income (interest, dividends, remuneration for services, royalties on IP, and so on). Tax resident businesses are not liable to pay tax on worldwide income.

Non-residents are subject to tax in Guatemala only on Guatemalan-sourced income. This includes income derived from the provision of services, capital investment, labour, royalties on intangible assets, and capital gains.

The main taxes applicable to a business vehicle in Guatemala are:

Corporate business vehicles are generally subject to a 25% tax rate on net income. There is an alternative regime available to all taxpayers where gross income is taxed at 7%. For those taxpayers with an effective tax rate of 7% or more, this may be the best choice as administrative costs are very low (meaning that there is no need to determine applicable deductibles or their amount). The default and main method of payment of income taxes consists of a quarterly interim payment (calculated on the previous fiscal year’s results or, alternatively, on a forecast for the current fiscal year) to be liquidated at the end of the fiscal year when compared to the definitive results. The alternative method, calculated on gross income, consists of either a withholding applicable to every amount paid to the taxpayer or a direct monthly payment by the taxpayer of the 5% or 7% on gross income.