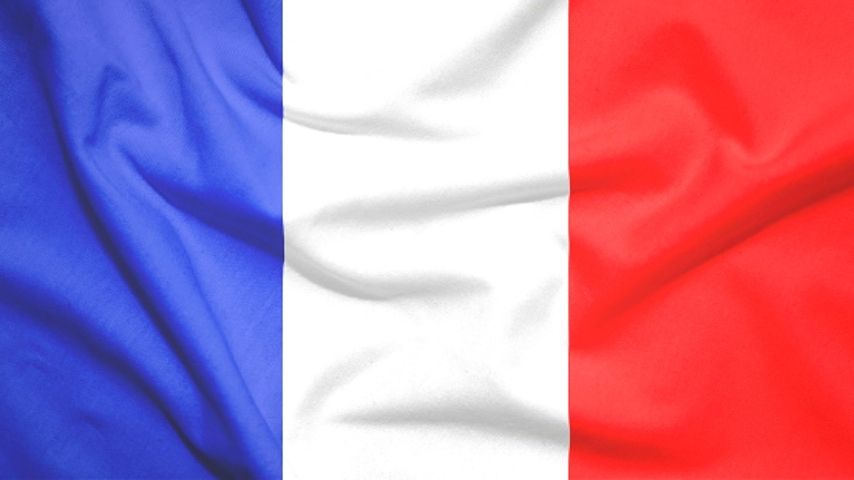 France, officially French Republic, French France or République Française, country of northwestern Europe. Historically and culturally among the most important nations in the Western world, France has also played a highly significant role in international affairs, with former colonies in every corner of the globe. Bounded by the Atlantic Ocean and the Mediterranean Sea, the Alps, and the Pyrenees, France has long provided a geographic, economic, and linguistic bridge joining northern and southern Europe.

Adjusts the statute of limitations rules for:

The following transactions are now eligible for the simplified merger regime:

In response to the 2019 novel coronavirus disease (COVID-19) pandemic, a Bill on the state of health emergency was published on 24 March 2020, followed by several orders. This Bill creates a legal framework for the measures taken by the French Government since 16 March 2020 and declares a state of health emergency of two months which may be extended for an additional one-month period. One of the measures taken includes the interruption of all legal time periods which have expired or are supposed to expire between 12 March 2020 and one month following the end of the state of health emergency (for example, one month following 25 May 2020 is 25 June 2020). The French Government also took a wide range of measures to support French businesses throughout the crisis, including a EUR300 billion state guarantee scheme for new loans granted by financial institutions to certain French businesses. The eligibility criteria, applicable conditions and procedure are set out in a Bill amending the 2020 Finance Act, dated 23 March 2020 and further specified in a decree of 23 March 2020. The Law on the Protection of Trade Secrets of 30 July 2018 transposed the Trade Secrets Directive ((EU) 2016/943) into French law. It introduced a harmonised definition of trade secrets and a set of protective rules into the Commercial Code. This law also provided the following requirements to the protection regime:

Three conditions must be met for information to be protected as a trade secret:

The party who obtains, uses or discloses such information, without the consent of the rightful holder (that is, the party who has lawful control on the information) will be held civilly liable.

Moreover, Ordinance No. 2019-1169 dated 13 November 2019 and two decrees dated 9 December 2019 implemented Directive (EU) 2015/2436 to approximate the laws of the member states relating to trade marks (New Trade Marks Directive). The resulting substantial and procedural changes include, among other things:

On 21 October 2019, the French Government published Ordinance No. 2019-1068 which transposes Directive (EU) 2018/822 (DAC 6) into French law, amending Directive 2011/16/EU on administrative cooperation in the field of taxation. DAC 6 requires intermediaries (or taxpayers, if there is no intermediary) to report to the competent tax authorities all cross-border arrangements that contain one or more hallmarks (indicating a potential risk of tax evasion), as referred to in new Article 1649 AH of the General Tax Code. Reported information will automatically be exchanged with all EU tax authorities through a central European register.

In addition, the 2020 Finance Act has transposed into French law the provisions regarding hybrid mismatches of Anti-Tax Avoidance Directive ((EU) 2016/1164). These provisions aim to neutralise the tax effects of hybrid mismatch arrangements, which exploit differences in the tax treatment of an entity or instrument under the laws of two or more EU member states. The Anti-Tax Avoidance Directive extends the scope of these provisions to arrangements involving non-EU countries.

In France, the average internet connection speed has increased from 3,071 kbps at the beginning of 2011 to 10,757 kbps

For France, there are two associated plug types, types C and E. France operates on a 230V supply voltage and 50Hz.

Mayotte: tropical; marine; hot, humid, rainy season during northeastern monsoon (November to May); dry season is cooler (May to November);

Reunion: tropical, but temperature moderates with elevation; cool and dry (May to November), hot and rainy (November to April)

The French golden residency program is aimed at ultra-high net worth individuals. By investing a fixed sum, you and your family will receive a residence permit for 10 years, enjoying rights equivalent to those of French citizens.

Employers must now submit work permit applications on a dedicated online platform. This system aims at:

France recently launched a series of immigration initiatives designed to attract skilled professionals and entrepreneurs, collectively dubbed the French Tech Visa or, alternatively, the Talent Passport. What’s interesting to those of us working in the investment migration industry is the subcategory called “Business Investor”.

Talent passport - business investor (investisseur economique). This is issued for up to four years and is renewable (replacing the previous "exceptional economic contribution" category). It is available for foreign nationals making a direct economic investment in France and wishing to settle in France to monitor the progress of their investment. Purely financial (passive) investments do not fall within the scope of this category.

The application process only takes 2 months.

There are other variations available:

Talent passport - new business (création d'entreprise). This is issued for up to four years and is renewable. It is available for foreign nationals planning to set up a new business in France. The planned business venture can take various forms, such as a business in the foreign national's own name, a French company or an establishment of a foreign entity, for example. To be eligible, the applicant must have:

Talent passport - company director (mandataire social). This is issued for up to four years, is renewable and is available for foreign nationals wishing to serve as a company's legal representative in France.

To be eligible, the person must:

If the foreign national is not eligible for a talent passport, they can alternatively apply for a standard business activity visa, the "entrepreneur/professional services visa", as long as the activity is economically viable and can provide adequate resources for himself or herself (of at least the SMIC, EUR18,655 per year in 2021). Before submitting the visa application, the applicant must request an opinion on the economic viability of the business creation project on the government website. The visa is valid for one year and is issued for the first year by the French consulate abroad. After the first year, the applicant can apply for annual extensions, based on the business activity.

Note: France maintains a tradition of secularism and has not officially collected data on religious affiliation since the 1872 national census, which complicates assessments of France's religious composition; an 1872 law prohibiting state authorities from collecting data on individuals' ethnicity or religious beliefs was reaffirmed by a 1978 law emphasizing the prohibition of the collection or exploitation of personal data revealing an individual's race, ethnicity, or political, philosophical, or religious opinions; a 1905 law codified France's separation of church and state

An individual is regarded as a French tax resident if they:

The top personal tax rate is 45% (plus an additional levy of a maximum of 4%, resulting in a 49% maximum rate) excluding social security contributions.

Unless otherwise provided by an applicable double tax treaty, a withholding tax on the French sourced salary is levied by the French employer on a monthly basis at a rate of 0%, 12% or 20% as an advance payment of the personal income tax.

Corporate Income Tax Rate (excluding dividend taxes) – For FY opened as of January 1, 2021, the reduced CIT rate of 15% that applies for small corporations on their first EUR 38,120 of taxable profits (according to the French tax Law definition) is extended to the corporations realizing a turnover up to EUR 10 million (compared to EUR 7,63 million for FY opened before January 1, 2021).

A corporation is considered a French tax resident if its headquarters, as set out in its articles of association, are in France, or its place of effective management is in France.

A corporation is considered to operate a business in France if it has any of the following:

The income tax base is territorial. Profits are subject to CIT only if derived from a business operated in France, real-estate assets located in France or activities taxable in France under a double tax treaty.

The corporate return filing date is no later than the second working day after 1 May for financial years based on the calendar year or otherwise within three months after the end of the financial year.

Companies engaged in a business in France are subject to the territorial economic contribution (CET) that consists of two distinct taxes, capped at 3% of the added value of:
The real property contribution that is assessed on the rental value of the company's immovable assets.

Dividends paid to non-resident corporate shareholders are subject to a 30% withholding tax. The withholding tax is increased to 75% if dividends are paid to a beneficiary or on an account located in a "non-cooperative state or territory" (NCST), that is, for example Nauru, Guatemala, Brunei, Marshall Islands, Botswana, Panama and Niue for 2019.

In order to follow the CIT rate reduction, the rate of withholding tax on dividends paid to foreign corporate shareholder will also decrease as follows:

However, the withholding tax is usually reduced or eliminated by the applicable double tax treaties or on the grounds of the EU parent/subsidiary directive subject to certain conditions, including that the shares are held for a minimum of two years (or it has been undertaken to do so) and the shareholding is a minimum of 5%.

France has signed approximately 125 double tax treaties and "quasi-treaties", notably with the Convention on the Organisation for Economic Co-operation and Development (OECD) countries and the EU member states.

France has a broad tax treaty network covering more than 120 countries. Some of these treaties cover income as well as wealth tax, inheritance tax and gift tax.

Most French treaties follow the Organisation for Economic Co-operation and Development's (OECD's) Model Tax Convention on Income and on Capital. In addition, France has ratified the OECD Multilateral Convention to Implement Tax Treaty Related Measures to Prevent Base Erosion and Profit Shifting (more than 70 treaties are covered).

France also signed the Multilateral Convention to Implement Tax Treaty Related Measures to Prevent Base Erosion and Profit Shifting.
France has implemented the CRS into its domestic law.