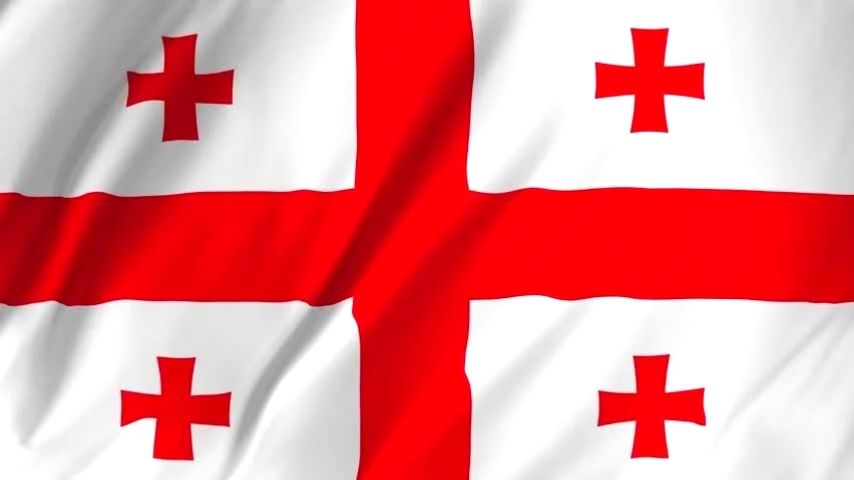 Georgia (Sakartvelo) is a republic in Eastern Europe/Asia, on the east coast of the Black Sea in the Caucasus. The country has 4 land borders: Russia, Turkey, Azerbaijan, and Armenia. Even though the country is located partly in Asia, the local culture is more European than Asian.

The Georgian Government has shaped Georgia’s economic policy to be based on the principles of a free market economy which includes:

The Georgian Dream Coalition is generally seen to be business and investor friendly and is committed to devising major economic and fiscal policies to help liberalise and improve the Georgian economy.

Key recent legislative amendments affecting doing in business in Georgia are as follows:

The accumulated funds will be managed and invested by the State Pension Agency (SPA) or an asset management company to be contracted by the SPA to ensure reasonable returns on such funds through investment in financial and non-financial instruments.

The new system was launched on 1 January 2019 and is mandatory for legally employed persons under 40 years of age, meaning that they will be enrolled automatically. The system will be voluntary for persons above 40 years of age, as well as for self-employed citizens. The funds accumulated on an individual pension account may be received on retirement as:

Amendments relevant to the financial sector and issuance of loans. On 21 July 2018, the game-changing amendments to the Civil Code of Georgia entered into force tackling the problem of the abundance of loans among individual lenders. Loans issued to natural persons by individual lenders or entities not supervised by the National Bank of Georgia may no longer be secured with immovable property (other than loans issued in exchange for the right to use the property) or vehicles. Repeated breaches of such restrictions are liable to a sanction of GEL10,000 per occurrence. Where security for the loans issued to individuals is allowed, foreclosure of the security will be considered to have fully satisfied the claim of the lender, irrespective of the amount actually recovered by the lender through such foreclosure. Further, any secured loan will be issued to an individual borrower through wire transfer to its bank account. Moreover, the effective annual interest rate ceiling on loans decreased from 100% to 50%. Permitted penalties for the default have been scrupulously regulated.

In addition, from 11 March 2018, new amendments to Georgian laws in relation to the National Bank of Georgia, the Civil Code of Georgia and the Law of Georgia on Advertisement entered into force. In particular, borrowing money, regardless of the amount, will not be advertised, marketed, offered or sold to more than 20 natural persons in Georgia, unless such offer is made:

Regulating labour safety. Georgia has a new law, the Safety of Labour, which aims to integrate European standards in Georgia and sanction the violation of basic safety standards in the workplace. In March 2019, the regulation has been upgraded from regular law to organic law. This means that it prevails over:
ordinary laws in the hierarchy of normative acts; inconsistencies between the regular law and organic law.

The list of hazardous activities and the jobs associated with increased danger, as well as the rules and procedures for selective control of compliance with the Law was adopted on 27 July 2018. The list includes activities involving construction, mining, metallurgy, energy, oil and gas, and the chemical industry. The employers engaged in the listed activities, must:

Where the law does not specifically address hazardous jobs, the requirements thereunder, including the need for there to be a labor safety specialist/department, is mandatory for all types of businesses. The obligation to provide insurance for employees became effective from January 2019. Any violations of the law are sanctioned with a warning, suspension of works and/or penalties up to GEL50 000.

Restriction on ownership of agricultural lands by foreign nationals. The Parliament of Georgia adopted the new edition of the Constitution of Georgia (effective from the appointment of the new President in October 2018), under which the agricultural lands bear a special status excluding foreign nationals and entities from the list of persons permitted to purchase significant resources of the state. On 25 June 2019, the Parliament of Georgia approved the largely debated Bill on Ownership of Agricultural Lands. The law is aimed at broadening the constitutional limits of permitted owners of agricultural lands and confers rights to foreign individuals/legal entities to acquire such lands, provided that certain preconditions are met. Such preconditions are regulated under the law and include circumstances when:

It was suggested that the law applied retroactively. However, such application of the new law was rejected by Parliament.
New law on mediation. In September 2019, the Parliament adopted the new Law on Mediation. The law become fully effective from 1 January 2020. It aims to promote mediation as an alternative method of dispute resolution in Georgia by way of setting up a legal and institutional framework. The law applies to two types of mediation:

The highlight of the new law is that it establishes a self-regulated body, the Association of Mediators of Georgia. Any court-appointed mediation must be conducted by a mediator or mediators selected from the list of mediators maintained by such association, while private mediation can be conducted by mediator(s) chosen by the parties outside of such list. The law also determines that the agreement on mediation must be in writing and that the commencement of mediation suspends running of the limitation terms. The law further provides for the confidentiality obligations, criteria for impartiality and independence of mediators and generally determines mediation procedures, including, but not limited to enforcement of the mediated settlement agreement through courts of law.

Georgia is among 46 countries that signed the UN Convention on International Settlement Agreements Resulting from Mediation 2018 (Singapore Convention) on 7 August 2019. The Singapore Convention is expected to facilitate international trade and commerce by enabling disputing parties to easily enforce and invoke settlement agreements across borders. Businesses will benefit from mediation as an additional dispute resolution option for settling cross border disputes, rather than litigation and arbitration.

New regulations in the energy sector. Starting from 20 December 2019, the Georgian Parliament adopted several laws in relation to the energy field, some of them prompted by the Deep and Comprehensive Free Trade Area (DCFTA). The changes focus on improving transparency with regard to gas and electricity prices charged to industrial end-users, as well as obliging the state to progressively develop renewable energy and substitute old resources. Amongst those adopted recently, the new Law on Energy and Water Supply is likely to have the most impact on the market. It regulates the activities of physical and legal persons in the field of electricity system management, electricity market, generation, transmission, distribution, import, export and consumption of the electricity (power). It also sets the rules of conduct for the energy market players. However, despite all these changes, the harmonisation of Georgian legislation with the relevant EU directives and regulations is still taking place. For example, the Georgian Parliament published a bill on energy efficiency that focuses on increasing the safety of electricity supply and becoming self-sufficient through energy conscious policies. The wave of legislative changes in the energy sector is rather overwhelming, but it does not mean that the process will stop anytime soon. Meanwhile, it is yet to be seen whether such immediate and powerful changes are any better for the market than the gradual assimilation of Georgian regulations to those of the EU.

The Law of Georgia on Promotion and Guarantees of Investment Activity determines the legal grounds for the implementation of both foreign and local investments in Georgia and guarantees for their protection. The rights and guarantees of foreign investors cannot be less than the rights and guarantees enjoyed by natural and legal persons of Georgia. After paying taxes and obligatory fees, foreign investors must have the right to convert profits (income) gained from investments, as well as other monetary funds in the banking institutions of Georgia. They must also have the right to their unlimited repatriation abroad.

According to user speed test data, Georgia’s average download speed is about 150.6 Mbps

For Georgia, there are two associated plug types, types C and F. Georgia operates on a 220V supply voltage and 50Hz.

The government of Georgia offers two main routes for foreign entrepreneurs interested in doing business and getting residency in Georgia.

The concept of tax residence is recognised in Georgia. The individual is deemed to be resident in Georgia if they spend 183 calendar days or more during 12 consecutive calendar months in Georgia. For employees that are non-registered taxpayers (that is, individuals who have a separate tax identity and registration for complying with tax regulations), the employer acts as the tax agent and withholds personal income tax at source at the flat rate of 20%. In various cases, certain exemptions can be granted to the employee under specific tax treaties.

An exception exists in relation to certain tax treaties. If the respective tax treaty provides an exemption from the payment of local tax, the non-tax resident employee will need to provide the tax residence certificate of the country with which Georgia concluded the relevant tax treaty on avoidance of double taxation.

A Georgian enterprise is defined as one which has its place of management or place of activity in Georgia.

Taxes payable by the business vehicles (irrespective of whether they are Georgian enterprises or permanent establishments/branches of a foreign entity) are as follows:

Corporate income tax (CIT). The rules relating to the payment of CIT were amended in January 2017. CIT is now payable from the distributed profit (dividends) at the flat rate of 15%. CIT is also payable on the free of charge delivery of goods, services or monetary funds, expenses that are not related with economic activities and representative expenses that exceed a certain threshold. CIT returns need to be filed before the 15th day of the month following the respective reporting month. The new rules relating to the payment of CIT do not apply to commercial banks, credit unions, insurance organisations, microfinance organisations and pawnshops. This is because they pay CIT from the difference between their taxable income and deductible expenses at a rate of 15% and file tax returns before 1 April of the following year. The new rules for paying CIT will become effective for these organisations on 1 January 2023.

Special Tax Regimes- Individuals with an annual turnover of less than 30,000 Georgian lari (GEL), no employees, and who register as a micro business will be exempt from tax on their business income.

Georgia has a broad network of double tax treaties with 56 conventions in full force and effect (Saudi Arabia joined the list in 2019). The most important jurisdictions include: