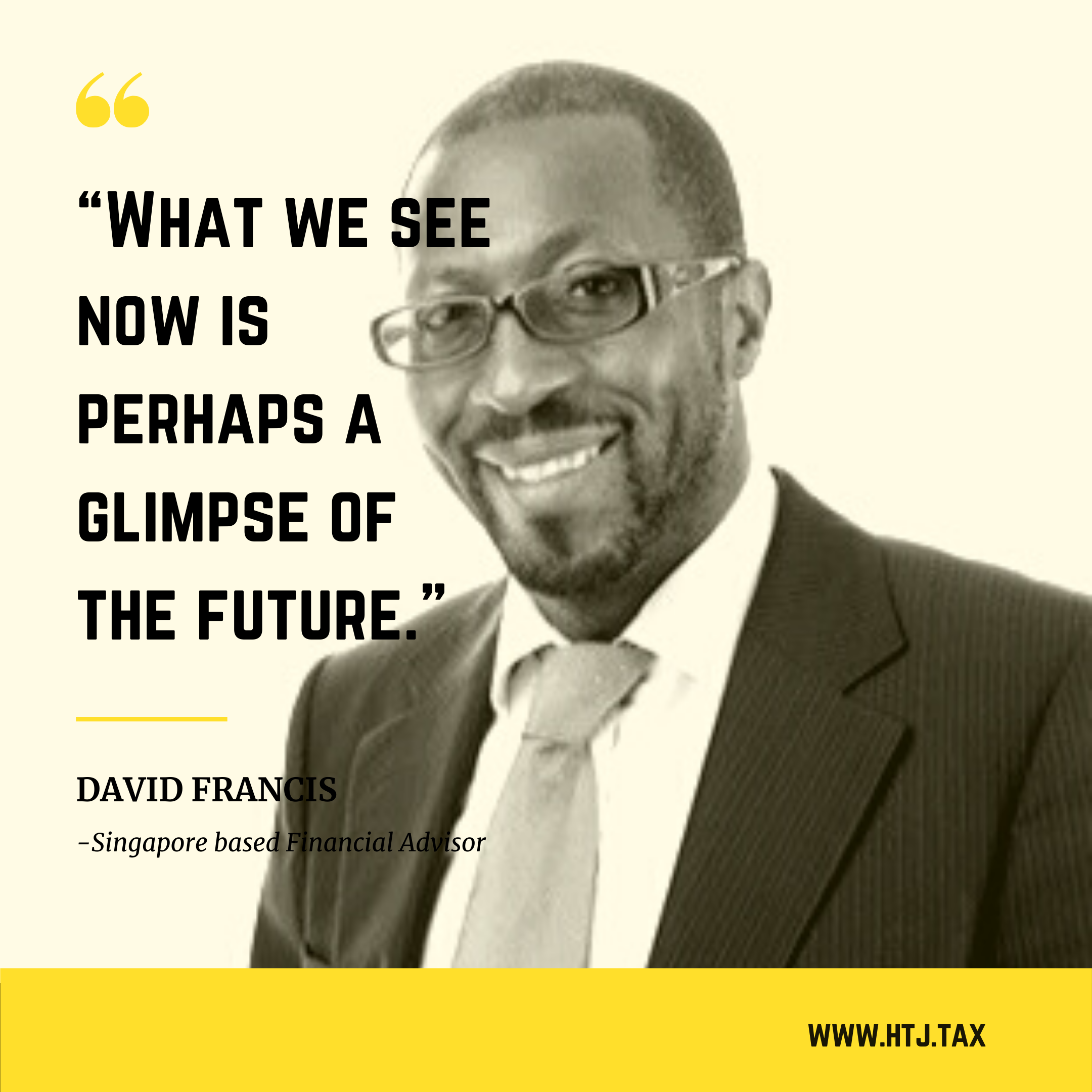 4 October 2022, the Accounting & Corporate Regulatory Authority (ACRA) implemented new requirements that make it mandatory for both local and foreign companies in Singapore to keep a non-public register of nominee shareholders and their nominators.

The compliance deadline for both is 5 December 2022. Fines for non-compliance are up to SGD5,000 per offence.

These amendments, introduced under the Corporate Registers (Miscellaneous Amendments) Act 2022, which was approved by parliament on 10 January, are intended to strengthen Singapore’s corporate governance regime and bring it into closer alignment with the international standards set by the Financial Action Task Force (FATF).

Previously Singapore law did not require the nominator to be identified because he or she was not the shareholder on record. However, because the nominee shareholder typically acts on the instructions of the nominator, the lack of transparency on the identity of these persons who actually controlled the shares was an area of concern internationally.

Under the amendments, both local and foreign companies in Singapore are now required to maintain a Register of Nominee Shareholders (RONS) at their registered office or at the registered office of their appointed Registered Filing Agent. The register is confidential and must not be disclosed to any member of the public, including the company’s auditors.

The definition of a nominee covers anyone who votes or collects dividends on behalf of the nominator. Nominees must notify the company of their status and the identity of the nominator either within 30 days of being appointed or the company’s incorporation, if incorporated after 4 October 2022.

The RONS will need to contain prescribed particulars of the nominator(s) of the company’s nominee shareholder(s). Companies must set up their RONS by 5 December 2022 and are further required to update this register within seven days of being informed by the nominee.

The rule is subject to some exceptions, which mostly relate to listing on a regulated stock exchange, although there is also an exemption for wholly owned subsidiaries of a foreign company that is a Singapore financial institution.

The second set of amendments introduces new requirements in relation to the identification of registrable controllers, for local and foreign companies and LLPs.

Companies and LLPs are now required to record the prescribed particulars of individuals with executive control in their existing RORC by 5 December 2022. The same information must also be lodged with the ACRA central RORC within two business days after any update(s) to their own RORC.

For conversations with thought leaders like David Francis, please check out our podcasts at HTJ.tax
An indictment was unsealed today in New York, New York, that charges  offshore financial service executives and a Swiss financial services company with conspiracy to defraud the IRS by helping three large-value U.S. taxpayer-clients conceal more than $60 million in income and assets held in undeclared, offshore bank accounts and to evade U.S. income taxes.

According to the indictment, from 2009 to 2014, Ivo Bechtiger, Bernhard Lampert, Peter Rüegg, Roderic Sage, Rolf Schnellmann, Daniel Wälchli and Zurich, Switzerland-based Allied Finance Trust AG allegedly defrauded the IRS by concealing income and assets of certain U.S. taxpayer clients with undeclared bank accounts located at Privatbank IHAG (IHAG), a Swiss private bank in Zurich, Switzerland, and elsewhere. In order to assist those clients, the defendants and others allegedly devised and used a scheme called the “Singapore Solution” to conceal the bank accounts of the U.S.-based clients, their assets, and their income from U.S. authorities. In furtherance of the scheme, the defendants and others allegedly conspired to transfer more than $60 million from undeclared IHAG bank accounts of the three U.S. clients through a series of nominee bank accounts in Hong Kong and other locations before returning the funds to newly opened accounts at IHAG, ostensibly held in the name of a Singapore-based asset manager. The U.S. clients allegedly paid large fees to IHAG and others to help them conceal their funds and assets.

“Prosecuting offshore tax evasion remains one of the Tax Division’s highest priorities,” said Acting Deputy Assistant Attorney General Stuart M. Goldberg of the Justice Department’s Tax Division. “Taxpayers contemplating hiding money abroad – and the foreign bankers, attorneys and finance professionals who design and execute strategies to assist their evasion – should know that the Tax Division and IRS have the investigative resources and expertise to unravel even the most elaborate schemes.”

“As alleged, the individual defendants and the Swiss firm Allied Finance conspired to defraud the IRS by assisting U.S. taxpayers in avoiding their tax obligations,” said U.S. Attorney Audrey Strauss for the Southern District of New York. “They allegedly did this through an elaborate scheme that involved concealing customer assets at a Swiss private bank through nominee bank accounts in Hong Kong and elsewhere, with funds returning to the private bank in the name of a Singapore firm. One such U.S. customer, Wayne Chinn, pleaded guilty to his participation in the so-called ‘Singapore Solution,’ forfeited more than $2 million to the United States, and awaits sentencing for his admitted crime.”

If convicted, the defendants face a maximum penalty of five years in prison, supervised release, and monetary penalties, and the corporate defendant faces monetary penalties. An indictment is merely an allegation and all defendants are presumed innocent until proven guilty beyond a reasonable doubt in a court of law.

Also unsealed today was the guilty plea of Wayne Franklyn Chinn, of Vietnam and San Francisco, California, one of the U.S. taxpayer-clients, who participated in the Singapore Solution scheme.

According to court documents filed in relation to his guilty plea, from 2001 through 2018, Chinn concealed approximately $5 million in undisclosed and untaxed income. During this period, Chinn held accounts in nominee names at Privatbank IHAG. Beginning in 2010, Chinn wired funds from these offshore accounts through nominee accounts in Hong Kong before returning them to newly opened accounts at IHAG held in the name of a Singapore based trust company acting on behalf of two foundations created to conceal Chinn’s ownership of the accounts. Chinn subsequently transferred the funds out of Switzerland to undeclared accounts in Singapore. Chinn did not file any tax returns or disclose his foreign bank accounts during the years at issue.

Chinn pleaded guilty to one count of tax evasion which carries a maximum penalty of five years in prison. Chinn also consented to the civil forfeiture of 83% of the funds held in five accounts at two Singapore banks, which resulted in the successful forfeiture and repatriation to the United States of approximately $2.2 million. The civil forfeiture proceeding is United States of America v. Certain Funds on Deposit in Various Accounts, 20 Civ. 3397 (LJL).

Chinn is scheduled to be sentenced on Nov. 19, and faces a maximum penalty of five years in prison. He also faces a period of supervised release, restitution and monetary penalties. A federal district court judge will determine any sentence after considering the U.S. Sentencing Guidelines and other statutory factors.

Acting Deputy Assistant Attorney General Stuart M. Goldberg of the Justice Department’s Tax Division; U.S. Attorney Audrey Strauss for the Southern District of New York; and Chief James Lee of IRS-Criminal Investigation made the announcement. The Department of Justice Office of International Affairs, the Singapore Attorney-General’s Chambers and the Commercial Affairs Department of the Singapore Police Force provided significant assistance in this matter.

The IRS-Criminal Investigation Division is investigating the case.