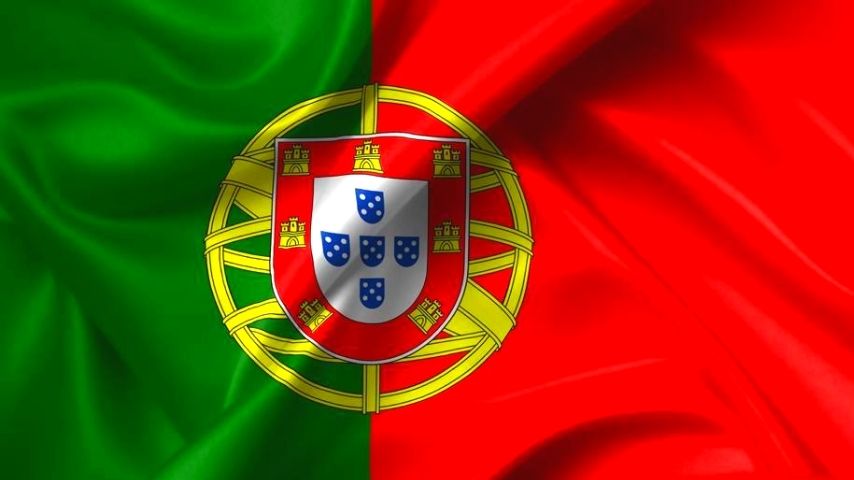 Portugal has an excellent reputation and is regarded as one of the most globalized and peaceful countries in the world, with a high quality of life and a very high Human Development Index ranking. It is one of Europe’s oldest nations, with a rich history, vibrant culture, exceptional cuisine, stunning beaches, and idyllic countryside.

The Portuguese economy was growing rapidly until the start of the 2019 novel coronavirus disease (COVID-19) global pandemic. However, macroeconomic forecasts for Portugal still point to economic growth of 4.8% for 2021. The economy is currently dominated by the services sector, particularly in the tourism industry, followed by the industrial sector, which employs about 25% of the working population and contributes 12% of GDP. The agricultural sector comes in last place, representing about 2.1% of Portugal’s GDP and employing 6% of the active population.

The dominant industries in Portugal are as follows:

The following industries have also been growing:

In Portugal the standard voltage is 230 V and the frequency is 50 Hz.

maritime temperate; cool and rainy in north, warmer and drier in south

A €500,000 (or €350,000 reduced option) investment in real estate in Portugal will result in a residency permit for a family with dependent children. The golden visa can be renewed every two years as long as the applicant stays in the country for two weeks every two years.

During the five-year period, the Golden Residence Permit Program requires at least four trips to Portugal: twice at the initial application (to select the qualifying investment, begin the legal process, and provide biometric data), and once at each renewal (year 1 and year 3). At any point during the program, family reunification is possible.

white homogeneous Mediterranean population; citizens from Portugal’s former colonies in Africa and Asia and other foreign-born

Tax resident individuals are liable to personal income tax (imposto sobre o rendimento das pessoas singulares) (IRS) on their worldwide income, while non-residents are only liable to IRS on their Portuguese source income.

An individual is considered tax resident if they meet one of the following conditions:

Other Methods to Determine Residency

Portuguese nationals who change their tax residency to a low-tax jurisdiction or tax haven as defined by Portuguese law are deemed to be tax residents in Portugal in the year in which the change occurs and in the four subsequent years, unless they prove that the change is due to compelling reasons (for example, to work temporarily in that jurisdiction for an employer domiciled in Portugal).

IRS is charged on annual income, which is classified into several income categories (including employment income), after specific deductions applicable to each category. A taxpayer must specify all their annual income subject to taxation in their annual income tax return, which must be submitted between 1 April and 30 June. As a rule, employment income is subject to IRS withholding tax (at variable rates depending on the employee’s pay and household conditions) on account of the final tax due. The final IRS progressive tax rates range from 14.5% to 48% (for taxable income of EUR80,882 and above). An additional solidarity rate of 2.5% is applicable to taxpayers with taxable income above EUR80,000 up to EUR250,000, and a rate of 5% is applicable to taxable income exceeding EUR250,000. Tax resident employees who have not been tax resident in Portugal in the previous five years may benefit from non-habitual resident (NHR) status for a ten-year period. Under the NHR regime, employment income is taxed at a flat rate of 20%, if that income derives from listed high value-added activities of a scientific, artistic, or technical nature.

Social security contributions are generally due at a rate of 11% on the employee’s gross pay for professional work.

Employment income earned by non-tax resident employees is subject to IRS withholding tax at a rate of 25%. The IRS withholding tax rate may be reduced or eliminated under an applicable double tax treaty (DTT).
Non-tax resident employees who are resident in another EU or European Economic Area (EEA) member state can request the refund, in whole or in part, of the tax withheld if it is higher than the tax that would result from the application of the IRS general progressive rates under the same conditions as those applicable to tax residents in Portugal, taking into account all income, including income obtained outside Portugal. For EEA tax residents, this is only possible if the EEA country is subject to obligations of administrative co-operation in tax matters equivalent to that applicable in the EU.

The refund must be:

Income tax rates in Portugal are progressive. As a result, you pay more tax the more you earn. Workers have a tax-free allowance of €4,104. Non-residents are taxed at a flat rate of 25% on their taxable remuneration.

Corporations and other entities with their head office or place of effective management in Portugal qualify as tax resident. They are subject to corporate income tax (imposto sobre a rendimento das pessoas colectivas) (IRC) on their worldwide income.
Non-Tax Resident Business

Non-resident entities are subject to IRC on:

The current standard IRC rate is:

Taxpayers are also subject to a state surcharge of:

Generally, an annual IRC return for the current tax year must be submitted by May 31 of the following year.

Portugal currently has 78 double tax treaties in force, including with jurisdictions such as Angola, Brazil China, France, Germany, Japan, Luxembourg, the Netherlands, the UK, and the US.
Portugal has signed the OECD Multilateral Convention to Implement Tax Treaty Related Measures to Prevent Base Erosion and Profit Shifting.

Although major reforms are not expected, specific aspects of the Portuguese CIT law may continue to be introduced or reviewed to accommodate any relevant findings within the base erosion and profit shifting project (BEPS), undertaken by the Organisation for Economic Co-operation and Development (OECD).

Portugal has concluded 79 DTTs, 78 of which are currently in force including those with:

In the most recent DTTs, there is an increased emphasis on promoting enhanced exchange of information procedures to prevent tax fraud and evasion.

Base Erosion and Profit Sharing

In addition, Portugal is committed to implementing base erosion and profit sharing (BEPS) and:

After applying due diligence rules, financial institutions established in Portugal must provide the tax authorities with information regarding the bank accounts, including custodial accounts, held by:

Portugal has also implemented the DAC 6 Directive ((EU) 2018/822), regarding the mandatory automatic exchange of information in the field of taxation in relation to reportable cross-border arrangements. In the Portuguese law, the reporting obligations are extended to domestic arrangements and cover VAT and property taxes. In addition, the Portuguese law, unlike the DAC 6 Directive, does not safeguard the right of professional secrecy.

The Beneficial Owner Central Register (BOCR) database contains updated information on the natural person(s) who, directly or indirectly, or through a third party, own or control entities subject to registration. Certain entities, for example commercial companies and other legal persons, even if subject to foreign law, that are operating or engaging in a legal act or in a business in Portugal requiring a taxpayer number, must provide in electronic form:

Portugal signed the Multilateral Competent Authority Agreement (MCAA) for the CRS in 2016.