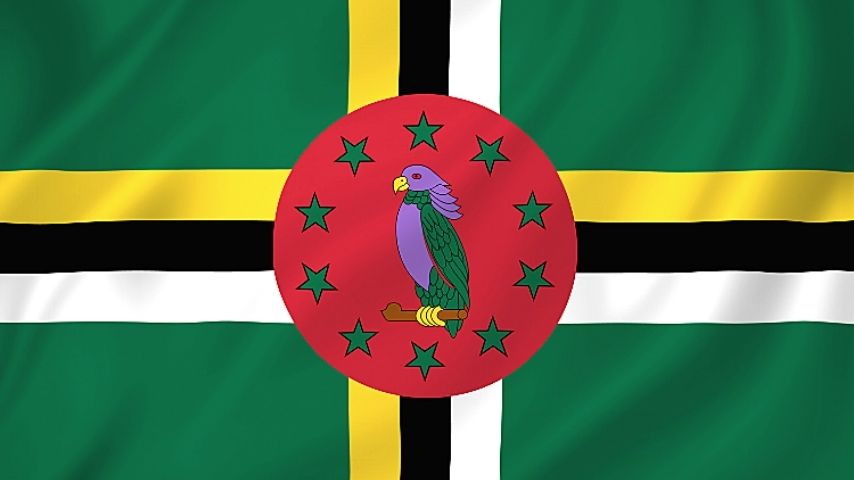 Caribbean, island between the Caribbean Sea and the North Atlantic Ocean, about halfway between Puerto Rico and Trinidad and Tobago

In Dominica the power plugs and sockets are of type D and G. The standard voltage is 230 V and the standard frequency is 50 Hz.

The Dominica Citizenship by Investment Program necessitates a financial contribution to the country. Applicants and their families are granted full citizenship in exchange.

Section 101 of the Dominica Constitution and Section 8 and Amendment 20(1) of the Citizenship Act define the investor program in law, legally granting eligible persons instant citizenship in the country by a Certificate of Naturalization.

Dominica offers the cheapest citizenship by investment program in the world with reputable second passports starting at only $100,000 USD.

To qualify for Dominica citizenship by investment under this option, the following non-refundable monetary contributions must be made to the Economic

The following government application fees are due when applying to the Dominica Economic Citizenship Program under the real estate category:

– Visa-free or visa-on-arrival travel to 143 destinations including Europe’s Schengen Area, Hong Kong, and Singapore
– Ability to include a spouse, children under 31, unmarried siblings under 26, and parents and grandparents of any age, as well as to add dependents after citizenship has been granted to the main applicant
– Citizenship-by-descent available for future generations
– Right to live, work, and study in Dominica
– No restrictions on dual citizenship in Dominica
– No minimum stay required

To be eligible for citizenship under current regulations, applicants must select one of two options:

– A $100,000 non-refundable contribution to the Economic Development Fund
– A minimum investment of USD 200,000 in an approved real estate development.

The applicant and their family must take an oath of allegiance in front of a notary public, justice of the peace, or commissioner of oaths. Following the pledge of allegiance, the application for citizenship is processed further, and citizenship certificates are issued. Finally, the passport application can be submitted, and the passports can be issued.
There is no requirement for physical residency. The government, on the other hand, encourages new citizens to become more involved in the economy, and substantial incentives are available to make increased involvement an appealing option. The successful applicant is free to move to Dominica at any time and for any length of time. To be eligible to apply, any applicant who has been denied a visa to a country with which Dominica has a visa-free travel agreement must first successfully obtain a visa from that country.

Applications are processed by a citizenship by investment unit, a dedicated government authority within the Ministry of Finance in charge of the program’s management. Application processing times are currently three months from receipt of a fully completed application.

Dominica offers global entrepreneurs a favorable business development environment and generous tax regime. Citizens of Dominica that do not reside in the country enjoy a tax-free status on all foreign income and capital gains and are not liable for any gift, wealth or inheritance taxes in the country. The island offers a variety of other tax incentives and advantages as well, including no restriction on the repatriation of corporate profits or imported capital, generous export allowances, duty-free trading in the Caribbean, and full exemptions from import duties. The Dominica offshore banking industry is expanding swiftly, and a growing number of people interested in incorporating an IBC in the Caribbean are considering a Dominica offshore company formation. The Government has been investing a large quantity of resources into improving the island’s financial sector, and the increased interest in opening a Dominica offshore bank account is likely a testament to this new infrastructure policy. Entities incorporated in Dominica are deemed to be resident and is taxed on its worldwide income at a rate of 25%, branch remittance tax is at 15%, dividends and interest paid to a non-resident is subject to a 15% withholding tax.

Dominica has concluded and enacted around 13 tax treaties worldwide.

The Council of the EU, on 5 October 2021, issued a press release with associated conclusions announcing that it had revised its list of non-co-operative tax jurisdictions. The Council decided to remove Dominica from the list, while adding to and removing other jurisdictions from its “watch list” for inclusion.#

Twice a year, the Council revises its list of non-co-operative jurisdictions and an accompanying state of play document. This practice was established in 2017 to promote global good governance in taxation and inform member states on which non-EU jurisdictions engage in abusive tax practices. They can then employ defensive measures to protect their tax revenues and fight against tax fraud, evasion and abuse. The last revision took place on 22 February 2021.

The criteria for listing are in line with international tax standards and focus on tax transparency, fair taxation and prevention of tax base erosion and profit shifting. The Council engages with the countries that do not meet these criteria, monitors their progress and regularly reviews and updates the list.
Annex I to the list contains those jurisdictions deemed to be non-co-operative jurisdictions in the field of tax matters, while Annex II contains those jurisdictions that are on a “watch list” for inclusion in Annex I but have undertaken sufficient commitments to reform their tax policies not to be included in Annex I.

Dominica had previously been placed on the list because they did not meet the EU’s tax transparency criteria of being ranked as at least “largely compliant” by the OECD Global Forum regarding the exchange of information on request. The delisting was preceded by the forum’s decision to grant these jurisdictions a supplementary review on this matter. Pending the granted supplementary review, all three jurisdictions are now included in Annex II.

Nine jurisdictions remain on Annex I to the list, namely American Samoa, Fiji, Guam, Palau, Panama, Samoa, Trinidad and Tobago, US Virgin Islands, and Vanuatu. Costa Rica, Hong Kong, Malaysia, North Macedonia, Qatar and Uruguay have also been added to Annex II, while Australia, Eswatini, and Maldives have implemented all the necessary tax reforms and have therefore been removed from it. Turkey continues to be mentioned in Annex II.

The Council conclusions were published in the Official Journal of the European Union on 12 October 2021.