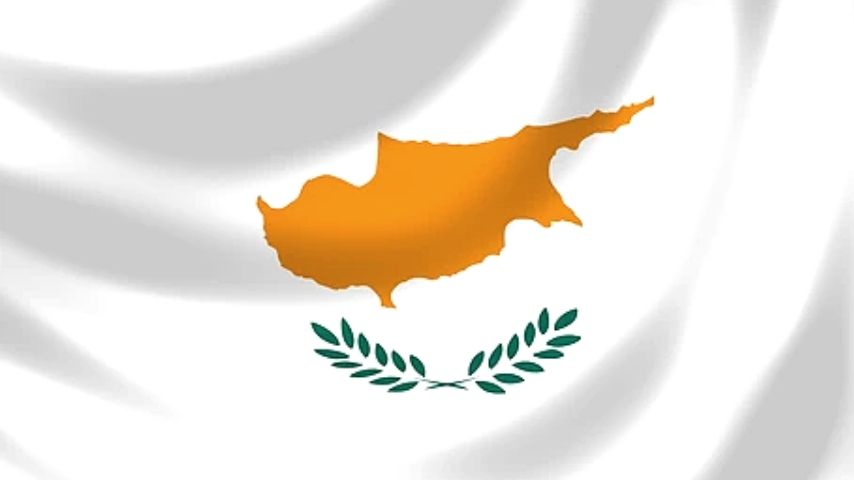 Middle East, island in the Mediterranean Sea, south of Turkey; note – Cyprus views itself as part of Europe; geopolitically, it can be classified as falling within Europe, the Middle East, or both

Cyprus, with its beautiful beaches and tropical Mediterranean climate, is regarded as an ideal destination for non-EU nationals seeking permanent residence.

Cyprus’ speed was 11 Mbps. The slowest country in the world for broadband speeds is Yemen where it would take more than 30 minutes to download a movie from a 300 Kbps internet connection – that is just a third of a megabit and slower than even 3G mobile internet.

For Cyprus the associated plug type is G, which is the plug that has three rectangular pins in a triangular pattern. Cyprus operates on a 230V supply voltage and 50Hz.

Cyprus has one of the lowest crime rates in the EU, a low cost of living, and no inheritance tax. It provides high-quality health care and access to world-class medical facilities.

Entrepreneurs
Categories B, C and D apply to individuals who intend to work as self-employed entrepreneurs in Cyprus.
Additionally, there is the Cyprus Start-up Visa scheme which promotes unsponsored business entrepreneurship in Cyprus. This policy of innovative start-up businesses was adopted by the Council of Ministers in 2017 and has been operating on a renewable basis every two years. The latest extension of the Scheme ended in March 2021, however it is expected that the Council of Ministers will renew the Scheme for an additional two years.

Criteria. This policy applies only to third country nationals, individuals or groups of individuals to enter, reside and work in Cyprus for establishing, developing or operating a start-up business, subject to the following criteria:

The investors (individuals or a group of investors) must have a start-up capital of at least EUR20,000, which can include venture capital funding, crowdfunding or other sources of funding.
The business plan or business must be innovative, which means that research and development costs must represent at least 10% of its operating costs, in at least one of the three years before the submission of the application. For new businesses without prior financial activities, innovation will be evaluated based on the submitted business plan.
Business headquarters and effective control and management must take place in Cyprus.

Applicant(s) must:
hold an undergraduate degree or an equivalent professional qualification; and
have a very good knowledge of Greek and/or English.
For individual start-ups, the founder of the business is eligible to apply under the scheme. For a group of individual start-up businesses, which will consist of a maximum of five persons, at least one founder and other senior executives with the right to a stock option plan are eligible to apply under the scheme.

Investors
After the Cyprus Investment Program (CIP) was abolished in November 2020, the Cyprus Government revised the current investor’s immigration scheme (Investor Scheme) which was initially introduced as a fast-track procedure for granting immigration permits to third country nationals who invest in Cyprus, provided that a number of criteria are met.

According to the updated version of the Investor Scheme, a third country national must satisfy the following criteria:

Financial criteria applicants must:
invest at least EUR300,000 in real estate either residential or commercial projects (from the primary market and under conditions from the secondary market), invest in the share capital of a Cyprus Company with activities in Cyprus of the value of EUR300,000 or invest the same or higher amount in Undertakings of Collective Investment in Cyprus (such as AIF, AIFLNP, RAIF); and prove that they have an insured annual income of at least EUR30,000 which derives from employment, pensions, dividends on shares rents and so on. This annual income must increase by EUR5,000 for each dependent family member and EUR8,000 for each dependent parent.

Qualitative criteria:
applicant and their spouse must submit a clean criminal record certificate from their country of residence or from the Cyprus if they reside there; and
in the cases of investment other than residential, the applicant must present information about their place of residence in Cyprus (for example, title deed, sale-purchase agreement, rental agreement).

Investment
The modifications are intended to attract more investment into the country’s budget. To compensate for the loss of citizenship caused by an investment program that will be terminated in November 2020, the government has expanded investor opportunities.

The previous rules, in effect since 2016, allowed for only one investment option: the purchase of a residential property worth € 300,000 or more. The new rules add three additional options to the purchase of a home: the purchase of commercial real estate, a contribution to a local business, or an investment fund.
Purchasing a home in Cyprus, either a house or an apartment. An investor can become a resident by purchasing up to two residential properties. The transaction’s total value starts at € 300,000. Regardless of whether the object is commissioned or under construction, the investor pays € 200,000 all at once.

The rules only permit the purchase of new housing, which means that the investor must be the first owner of the house or apartment purchased. However, if the transaction for the purchase of secondary housing is completed before May 7, 2013, the government will accept the application.

Primary housing must be purchased directly from the developer. When an investor purchases two properties, the developer companies may differ.
Purchasing commercial real estate such as an office, a store, or a hotel. You can purchase one or more objects for a total of € 300,000. Objects are available for purchase on both the primary and secondary real estate markets.
Purchase of stock in a local company. The initial investment is also € 300,000, with a maximum of € 300,000 available.

But there are requirements for companies in which investors can invest money. It must be a business which:

Is registered in Cyprus;
– Has a physical presence on the island, such as an office;
– Has employed at least 5 people.

It is mandatory to have a residence address in Cyprus in order to get a permanent residence permit.

Key Benefits
– The application process is extremely quick, taking only two months.
– If all criteria are met, the approval rate is high.
– It is not necessary to live in Cyprus; however, a visit every two years is required.
– Dependents can be enrolled in high-quality private schools that provide English language instruction.
– Residence is granted to the main applicant’s spouse, children under the age of 25, parents, and parents-in-law in the case of a Regulation 6(2) application, and to a spouse and children under the age of 18 in the case of a Category F application.
– Dependent children aged 18–25, as well as the applicant’s parents, are also eligible.

The entire procedure can be carried out without the need for a physical presence in the country. A visit, however, is required for biometric capturing.

The main requirement is one of the following investment options:

Purchase of new immovable property of a total market value of at least EUR 300,000 plus VAT. The applicant must submit the application form accompanied with a contract of sale and proof of payment of at least EUR 200,000 plus VAT. The contract of sale must have been submitted to the Cyprus Department of Land and Surveys. The property can also be bought by a company provided that the company is registered in the name of the applicant or the applicant and their spouse. They must also be sole shareholders.

Purchase of up to two new or used immovable non-residential properties (offices, shops, hotels, or other developments) of a total market value of at least EUR 300,000 plus VAT
Share capital of EUR 300,000 of a physical company registered and operating in Cyprus, which employs at least five people
Units of EUR 300,000 in the Cyprus Investment Funds Association’s collective investments (AIF, AIFLNP, RAIF)
The applicant must provide supporting evidence of a secured annual income of at least EUR 30,000 deriving from abroad. This income must increase by EUR 5,000 for the spouse and every additional child and EUR 8,000 for each dependent parent. The income may include, for example, salaries from employment, rents, pensions, and dividends from shares.

A fee of EUR 500 is payable with the submission of the application, plus an additional fee of EUR 50 for biometric capture. The application will then be reviewed by the Civil Registry and Migration Department before being forwarded to a permanent secretary of the Ministry of Interior, who will issue a decision within two months. Once approved, the applicant and all family members must visit Cyprus within one year to obtain the actual permit.

The most recent and significant change in the immigration policy in Cyprus was the abolition of the CIP in November 2020. Despite the weaknesses of the programme, it is said to have contributed to the reduction of the non-performing bank loans and created thousands of jobs following the 2013 financial crisis.

Greek 98.8%, other 1% (includes Maronite, Armenian, Turkish-Cypriot), unspecified 0.2% (2011 est.)
note: data represent only the Greek-Cypriot citizens in the Republic of Cyprus

note: data represent only the government-controlled area of Cyprus

note: a separation of the two main ethnic communities inhabiting the island began following the outbreak of communal strife in 1963; this separation was further solidified when a Greek military-junta-supported coup attempt prompted the Turkish military intervention in July 1974 that gave the Turkish Cypriots de facto control in the north; Greek Cypriots control the only internationally recognized government on the island; on 15 November 1983, then Turkish Cypriot “President” Rauf DENKTAS declared independence and the formation of the “TRNC,” which is recognized only by Turkey

Taxes in Cyprus are levied by both the central and local governments.

Income tax is levied on a progressive rate. Current brackets vary from 0% to 35% in the tax rates.Furthermore, various tax allowances apply for trade union fees, donation to charities.

Corporate – Taxes on corporate income
– The standard CIT rate in Cyprus is 12.5%.

Local income taxes
– There are no local government taxes on income in Cyprus.

Cyprus has concluded double taxation treaties with more than 60 jurisdictions, including the following:
All EU jurisdictions, except Croatia.
Jurisdictions outside the EU, such as:
China; India; Russian Federation (revised January 2021); and the US.

Treaties are under negotiation, or awaiting ratification, with many other jurisdictions (including Brazil, Pakistan, Nigeria, Hong Kong, Sri Lanka, and Iraq). The existing Polish and French treaties are currently being renegotiated.

All double taxation treaties provide relief from double taxation by applying the credit method to the taxation of dividends and interest. Tax paid or payable in the other country reduces the liability of Cyprus residents for Cyprus income tax and SDC.

The Cyprus tax authorities will also grant unilateral relief from Cyprus tax on income received from a foreign country with which Cyprus has no double taxation treaty. This relief applies up to the amount of tax paid in the foreign country and is granted by exemption, credit or deduction.

Cyprus’s double taxation treaty network allows international transactions to be structured in a number of tax-efficient ways, particularly when combined with a Cyprus holding company and other fiscally beneficial entities. The OECD Multilateral Convention to Implement Tax Treaty Related Measures to Prevent Base Erosion and Profit Sharing 2017 (MLI) has been implemented with the purpose of enabling interpretation of double tax treaties in accordance with the standards of the Organisation for Economic Co-operation and Development (OECD). The provisions of the MLI will be read in conjunction with the double tax treaties aimed at tackling treaty abuse, artificial avoidance of permanent establishments and improving dispute resolution. The purpose of the above is to prevent international tax avoidance, therefore reflecting the purposes of the OECD’s base erosion and profit shifting (BEPS) action plan.

The MLI does not amend the text of the treaties but provides that the treaties should be interpreted in line with the provisions of the MLI.

Cyprus was one of the original 45 jurisdictions which committed to start exchanging information using the CRS framework from 2017. The Decree requiring Cyprus financial institutions to identify, maintain and report information for exchange (CRS Decree 161/2016) came into force on 1 January 2016.