New European Commission proposals seek to crack down on the misuse of shell companies.

We have consistently warned against advisers who encourage structures with no commercial benefit.  Structures that would be entered into solely for tax benefits. Such advisors are sadly out of touch and will cause their clients no end of pain

Just within the last few weeks, we’ve seen headlines like

Overview of the rules

The proposal sets out a series of tests and gateways that are intended to identify high risk entities that could be deemed ‘shell entities’. These are designed to establish whether an entity has a genuine economic link with its country of residence and sets a minimum level of activity to determine if there is misuse of an entity for tax avoidance purposes.

The European Union plans to introduce the Anti-Tax Avoidance Directive 3, or ATAD 3, early in 2024. That may seem some way off, but firms should start preparing now to avoid getting caught out.

Tax avoidance and evasion have come under intense EU scrutiny in recent years, particularly following the Panama Papers and other revelations, as well as Brexit.

As it stands, ATAD 3 will come into effect on 1 January 2024, but much is still unclear.

The proposals are expected to increase reporting requirements and compliance costs. They could affect holding companies resident in the EU that enjoy double tax treaty benefits but have only limited economic substance.

It’s important not to act prematurely by making sweeping changes until the directive’s final text becomes clearer. However, companies must make themselves aware of developments and determine whether their entities pass the “gateway tests” to identify whether they risk being classified as a shell company.

Broadly speaking, a shell entity is an entity lacking minimum economic substance which is misused for the purpose of obtaining tax advantages. The proposed directive is aimed at EU resident holding companies which claim benefits under double tax treaties and other EU directives but lack minimum economic substance. Consideration should be given to the new rules that ATAD 3 would introduce and their application to M&A transactions undertaken from 1 January 2022, as well as entities within current holding platforms and acquisition structures. This article summarises the key issues and their potential impact on current M&A activity and holding structures.

The proposed directive is aimed at EU resident holding companies claiming benefits under double tax treaties (DTTs) and other EU directives such as the Parent-Subsidiary and Interest and Royalty directives. In recent years, taxpayers have become familiar with an increased focus on a holding company’s purpose and its substance in, and nexus with, its territory of residence following the introduction of the Principal Purpose Test (PPT) into DTTs and recent EU case law in respect of access to the EU directives. Whilst these tests include an element of subjectivity, the ATAD 3 proposals attempt to apply a more prescriptive rule-based approach to assessing a company’s substance within a reporting framework.

Undertakings that should report – General

Undertakings that should report – Carve out

Presumption of lack of minimal substance for tax purposes

Exemption for lack of tax motives

Consequences – in the EU Member State of the undertaking

Consequences – in all other EU Member States

Consequences – in all other EU Member States

Scenario 1: Debtor of payment in a third country, company and shareholders in the EU

Scenario 2: Debtor of payment, company and shareholders in the EU

Scenario 3: Debtor of payment and company in the EU, shareholders in a third country

Scenario 4: Debtor of payment and shareholder in a third country, company in the EU 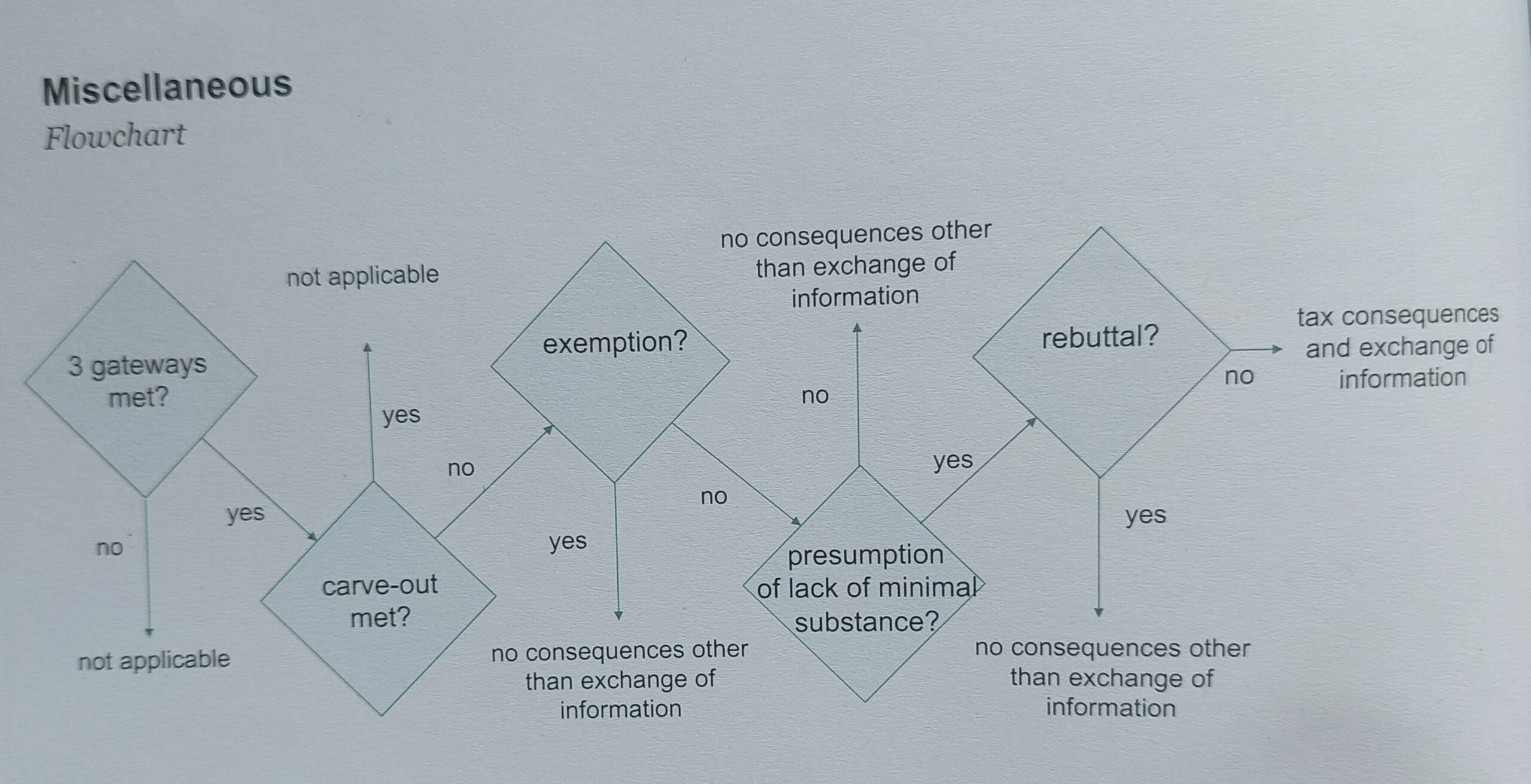