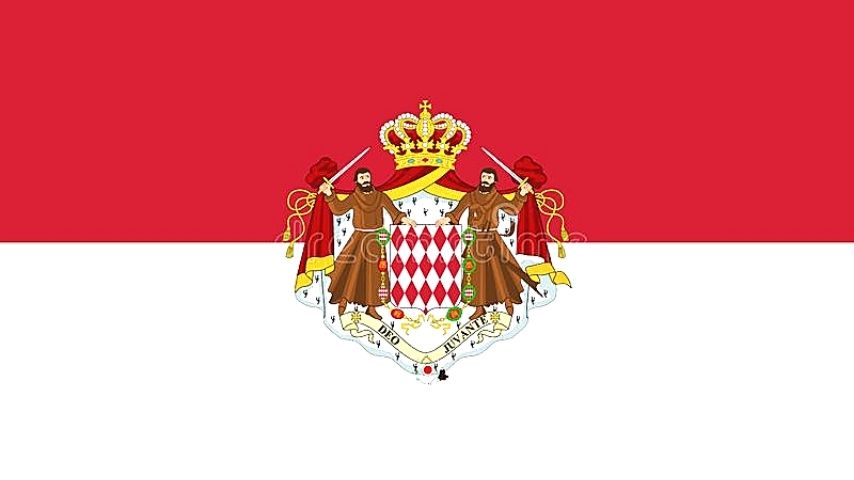 note: immigrants make up almost 68% of the total population, according to UN data (2019)

Monaco is a small city-state located in Southwestern Europe on the northern central coast of the Mediterranean Sea. Monaco is bordered by France. The government system is a constitutional monarchy; the chief of state is the prince, and the head of government is the minister of state. As one of the smallest independent states in the world, almost the entire country is urban. Monaco has a service-based market economy in which the prices of goods and services are determined in a free price system.

The Principality of Monaco is a sovereign state recognized as independent in numerous international treaties. It is a constitutional monarchy: its ruling family (the Grimaldi family) have ruled since 1297 and are assisted by an appointed Government and an elected Parliament.

Monaco is a member of the UN and the Council of Europe and therefore applies the terms of the European Convention on Human Rights.
Unless there are specific and rare circumstances (that is, due to the effects of a particular treaty, such as banking, where French law applies), Monaco legislates directly on all matters itself including on immigration.

Monaco is not a member of the EU. Therefore, the rights established by the EU treaties (including the Treaty establishing the European Community and other subsequent treaties) do not apply to Monaco. Monaco enacts its own legislation independently of EU member states.
Monaco enjoys a long-standing relationship with France. A variety of treaties dealing with customs, tax, banking, insurance, administrative and protective measures between Monaco and France reinforce that relationship.

There are no border controls between France and Monaco because there is a Customs Union in place between the two countries. However, there is a very well-defined difference in land ownership between the two countries. Entry in Monegasque territory is highly policed by both police officers and CCTV cameras. These measures exist for the security and protection of the people living in Monaco.

Electricity in Monaco. In Monaco the power plugs and sockets are of type E and F. The standard voltage is 230 V and the standard frequency is 50 Hz.

The requirements to become resident in Monaco are not as strict as commonly thought, but it is nevertheless advisable to employ a consultant or lawyer to handle an application for residence on your behalf. To become resident, you must be able to show sufficient means to be able to afford the lifestyle, in particular, the rent and prices for real estate, which are comparable to big capital cities. HTJ believes that the most common route (at least for our clients) is that of being an entrepreneur.

To reside in Monaco, an individual must be able to prove the following to the Immigration Police:

Monaco makes no distinction between the process/procedures for those looking to settle in Monaco for purely personal reasons and those who settle for investment/business/work reasons (for example, setting up a business or joining an existing business in some capacity). To obtain a Residency Card, all applicants must:

If the applicant is looking to reside in Monaco solely on the basis of starting a business (whether in their own name or in some partnership, corporate or branch form), they must first obtain a valid business licence from the Monaco Government before being able to obtain a Residency Card. Business licences are granted based on both the:

There is a need for the business in Monaco (this usually means that the business sector concerned is not already over-subscribed). Special rules exist for businesses which operate in regulated sectors such as the medical, legal and financial sectors. If the business already exists as an approved enterprise and the applicant is joining it as an employee, the criterion for immigration is not whether the business itself is going to be approved but whether the employee is fit to carry out the proposed job. Although easily obtained for certain businesses (such as Single Family Offices or luxury goods businesses), a business licence can be difficult to obtain for more specialised businesses (such as for real estate agents, accountants, doctors and lawyers).

All individuals (regardless of nationality) can freely acquire or rent property in Monaco without obtaining permission. However, once the property is secured, the right to:

However, the size of Monaco’s territory (only one square mile) puts pressure on an individual’s ability to afford to move to Monaco purely on economic grounds. Similar concerns apply to those who move to Monaco for business reasons because the costs of rent will be high in comparison to most other territories. The applicant must therefore strike the right balance between the cost of living and the advantages of doing business in Monaco.

Applicants must also demonstrate proof of accommodation. Proof of accommodation may entail acquiring local real estate OR renting an apartment for a minimum of one year OR being the director of a company that holds corporate real estate in Monaco OR providing a letter and proof of property ownership/rental from a close relative with whom the applicant plans to live in Monaco.

Unless an individual is exempt from the general application process, they must obtain an establishment visa (visa de long séjour) at the French Consulate of their country of residence if they wish to spend more than three months in Monaco in any 12-month period, (whether settling for personal or business purposes). If an individual has been living in France for more than one year, the visa request must be made at the French Embassy in Monaco. Once they obtain the establishment visa, the applicant must present it to the Monaco Immigration Police (Sûreté Publique) (that is, a state body that forms a part of the Monaco Government through Monaco’s Interior Ministry). Based on the establishment visa and other relevant documents, Monaco’s Immigration Police can issue the applicant with a Monaco Residency Card (carte de séjour), which will entitle that individual to spend more than three months in any 12-month period in Monaco.

Generally, residency application processing takes two to five months to complete. Citizenship may be applied for after 10 years of residency (in rare circumstances).

Obtaining residency is a two-stage process which consists of:

A Residency Card is initially granted for one year (Temporary Card). The Temporary Card can be extended by a year during the first two years. After three years, the cardholder can apply for a three-year card (Ordinary Card). The cardholder can renew the three-year Ordinary Card twice. At the end of the 12-year period, the cardholder can be granted a ten-year card (Privileged Card).
A simplified application process allows an individual to apply for a Monaco Residency Card directly through the Immigration Police without having to obtain an establishment/visa. Whether an individual is eligible to do so depends entirely on their nationality. However, they must still attend the police interview and present the required documentation (save for the establishment/long stay visa). Nationals of the following countries are eligible for the simplified process:

The time frame depends on the type of process the applicant is subject to:

The simplified process takes six to eight weeks to obtain the Residency Card from the date of the Immigration Police interview in Monaco.
The applicant can live in Monaco as a tourist until the process is completed. This allows the applicant to reside in Monaco until they discover the outcome of their application.

There are some 9,000 Monaco citizens. While naturalisation as a Monaco citizen is possible (the law refers to a minimum period of residency of at least ten years before this can be contemplated), it is rarely granted and is essentially the prerogative of the Sovereign Prince. Therefore, the grant of citizenship does not flow automatically because the applicant has spent a number of years in the Principality and/or made any investment in Monaco.

For example, in 2010 only six naturalisations occurred. Most of these were for individuals who either:

So far as Schengen countries are concerned (that is, a number of European countries drawn from the EU and the EEA, and Switzerland, but which do not include the UK and Ireland), an individual who possesses a Monaco Residency Card can travel in Schengen countries without having to obtain a separate visa for each country.

The establishment/long stay visa secured from France at the outset of the relationship with Monaco means that individuals who possess a Monaco Residency Card can use it as a travel document together with their passport. This is less relevant to EU citizens, who can travel freely within Schengen states anyway. For certain other citizens, holding a Monaco Residency Card is valuable because it gives them free access to travel to other European states within the Schengen area.

If changes arise, they are likely to be as a result of changes to Schengen rules, as opposed to changes in domestic legislation.

Corporate Income Tax Rate (excluding dividend taxes) – Companies earning over 75% of their revenue within the Principality of Monaco are thus not liable for business profits tax. The tax rate is 33.33% and applies to all corporate profits net of expenses.

Monaco has deposited its instrument of ratification with the OECD, the convention came into effect on 1 May 2019.