High Tax Rates and Social Equality – Before the Pandemic 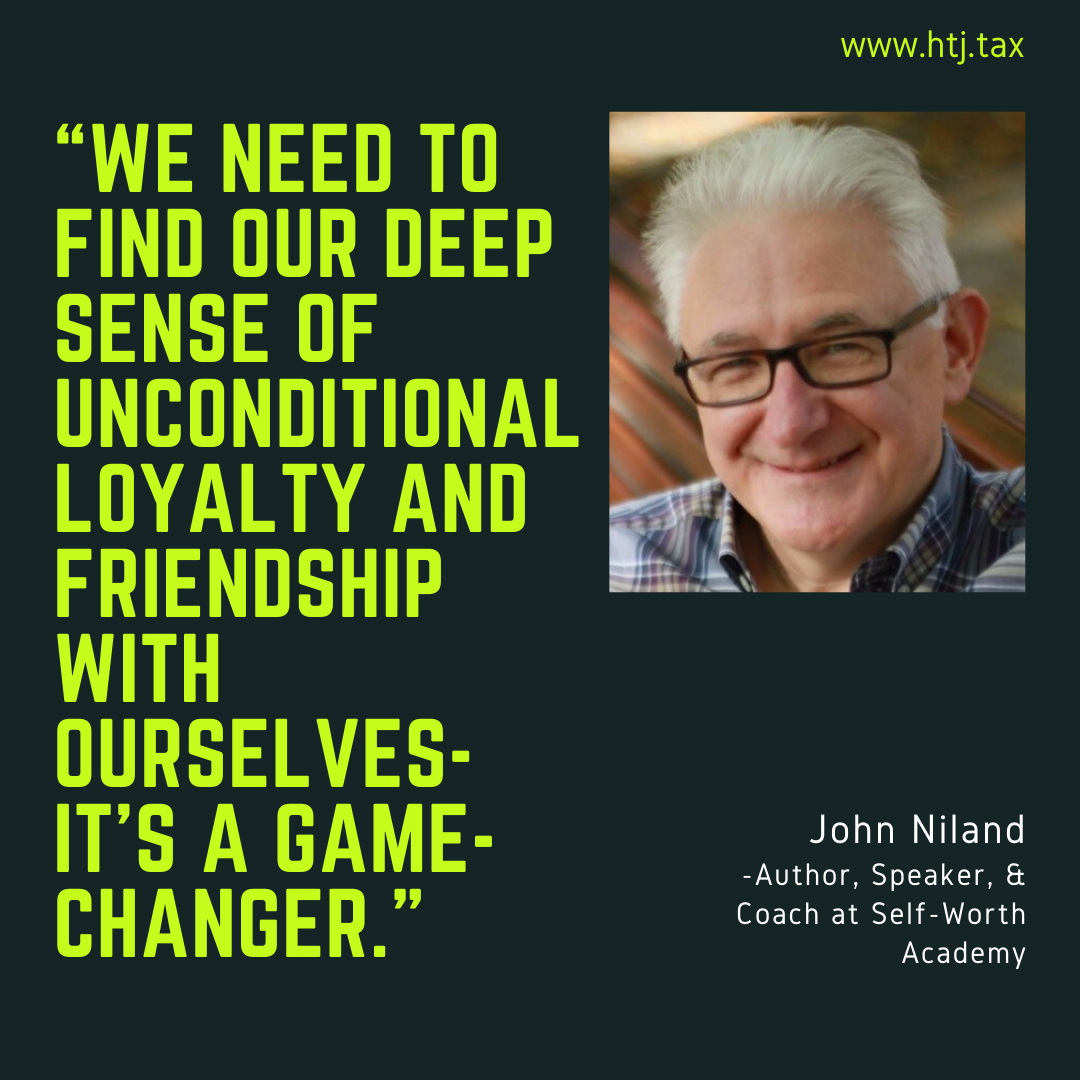 The objective of this book is to help international entrepreneurs prepare for the post pandemic world.  The point being made in this Chapter is that the pandemic has not necessarily created anything new.  Rather it accelerated changes that were already in motion.

A key social change is income inequality.  To explain trends in social inequality I quote extensively from the genius that is Thomas Piketty.  He is arguably among the world’s experts when it comes to social inequality.  You should refer to his books and his videos to understand this area in more detail.  He has written on it extensively and references the data collected in the World Inequality Database (WID.world). This project represents the combined effort of more than a hundred researchers in eighty countries around the world. It is currently the largest database available for the historical study of wealth and income inequality both within and between countries.

I was born in London in the 70s.  Growing up in the 1980s, I always had a sense that we were in a period of incredible social change if not social upheaval.   There was a transition from a period of plenty and prosperity to one of economic contraction.

Inequality has increased in nearly every region of the world since 1980, except in those countries that have always been highly inegalitarian. In a sense, what is happening is that regions that enjoyed a phase of relative equality between 1950 and 1980 are moving back toward the inegalitarian frontier, albeit with large variations from country to country.

Inequality collapsed between 1914 and 1945–1950 in all countries for which data are available, and second, that while inequality has indeed increased since 1980, the magnitude of the increase varies widely from country to country.  For example, the trends of the United Kingdom is closest to that of the United States while income inequality in Sweden remains the lowest on the continent; Germany and France fall between these two extremes.

In Europe, the share of the top decile (the 10 percent of the population with the highest incomes) amounted to about 50 percent of total income in Europe in the nineteenth and early twentieth centuries until the beginning of World War I.  It then began a fall between 1914 and 1945, eventually stabilizing at around 30 percent of total income in 1945–1950, where it stayed until 1980. European income inequality, which was significantly higher than that of the United States until 1914, fell below US levels during the so-called Trente Glorieuses 1950–1980, a period of exceptionally high growth (especially in Europe and Japan) and historically low levels of inequality.

In addition, the revival of inequality since 1980 has been much stronger in the United States than in Europe so that in the late twentieth and early twenty-first centuries the United States has taken the lead—the reverse of the situation at the turn of the twentieth century.

As a tax professional, I am drawn to the role that tax policy played in this social transformation.

Among the changes that contributed to the reduction of inequality in the twentieth century was the widespread emergence of a system of progressive taxation of both income and inherited wealth. The highest incomes and largest fortunes were taxed more heavily than smaller ones.

Moreover, the turn to the right was never really challenged by the parties and governments that followed Reagan and Thatcher. In the United States the top marginal federal income tax rate has fluctuated between 30 and 40 percent since the end of the 1980s. In the United Kingdom it has ranged from 40 to 45 percent, with a slight upward trend since the crisis of 2008. In both cases, the top rate between 1980 and 2020 has remained at roughly half that of the period 1932–1980.

For champions of the fiscal turn, the spectacular decrease of progressivity was justified by the idea that top marginal rates had risen to unconscionable levels prior to 1980. Some argued that high top rates had sapped the entrepreneurial spirit of British and American innovators, allowing the United States and United Kingdom to be overtaken by West European and Japanese competitors (a prominent campaign issue in both countries in the 1970s and 1980s).

Some argue that these arguments cannot withstand scrutiny.  Other factors explain why Germany, France, Sweden, and Japan caught up with the United States and United Kingdom in the period 1950–1980. Those countries had fallen seriously behind the leaders, especially the United States, and a growth spurt was all but inevitable.  Growth was also spurred by institutional factors, including relatively ambitious (and egalitarian) social and educational policies adopted after World War II. These policies helped rivals catch up with the United States and surge ahead of the United Kingdom, where the educational system had been seriously neglected since the late nineteenth century. And once again, it should be stressed that productivity growth in the United States and United Kingdom was higher in the period 1950–1990 than in 1990–2020, thus casting serious doubt on the argument that reducing top marginal tax rates spurs economic growth.

The move to a less progressive tax system in the 1980s played a part in the unprecedented growth of inequality in the United States and United Kingdom between 1980 and 2020. The share of national income going to the bottom half of the income distribution collapsed, contributing perhaps to the feeling on the part of the middle and lower classes that they had been abandoned in addition to fueling the rise of xenophobia and identity politics in both countries. These developments came to a head in 2016, with the British vote to leave the European Union (Brexit) and the election of Donald Trump.

The free and unchecked circulation of capital without sharing of information between national tax authorities has been one of the primary means by which the conservative fiscal revolution of the 1980s has been protected and extended. It has adversely affected the process of state building and the development of just tax systems everywhere. Which raises another key question: Why have the social-democratic coalitions that emerged in the postwar era proved so unable to respond to these challenges? In particular, why have social democrats been so inept at constructing a progressive transnational tax system? Why have they not promoted the idea of social and temporary private ownership?

If there were a sufficiently progressive tax on the largest holders of private property, such an idea would emerge naturally, because property owners would then be obliged to return a significant fraction of what they owned to the community every year. This political, intellectual, and ideological failure of social democracy must count among the reasons for the revival of inequality, reversing the historic trend toward ever greater equality.

Wealth refers to the stock of assets held by a person or household at a single point in time. These assets may include financial holdings and saving, but commonly also include the family home.

Income refers to money received by a person or household over some period of time. Income includes wages, salaries, and cash assistance from the government.

In some ways, wealth is more important for understanding social inequality because wealth generates income, so income inequality depends in part on wealth inequality.

As for the evolution of wealth inequality, it was always much greater than income inequality. The share of private property owned by the wealthiest 10 percent reached 90 percent in Europe on the eve of World War I before decreasing in the interwar and postwar years to 50–55 percent in the 1980s, at which time it began to rise again.  In other words, when wealth inequality fell to its historic low, its level was still comparable to the highest observed levels of income inequality.

Paradoxically, the sources available today (in the era of big data) are less precise than those that were available a century ago due to the internationalization of wealth, the proliferation of tax havens, and above all, lack of political will to enforce financial transparency, so it is quite possible that we are underestimating the level of wealth inequality in recent decades.

Two facts appear to be well established, however.

Given the rapid pace of change, however, it is not out of the question that the share of wealth belonging to the least wealthy 90 percent of the population will continue to decrease in decades to come.

The United States might then attain the same hyperconcentration of wealth that we find in Europe in the late nineteenth and early twentieth centuries, compounded by an unprecedented level of inequality in labor income, in which case the neo-proprietarian United States could prove to be even more inegalitarian than Belle Époque Europe

As for Europe, this collapse of the share of the wealthiest is all the more striking because there was no sign that such an evolution was possible before the outbreak of World War I.  In all European countries for which we have adequate wealth data, the concentration of property was extremely high throughout the nineteenth century and until 1914, with a slight upward trend and, at the end, an accelerating rate of increase in the decades prior to World War I.  The same is true for countries where we have income tax data that allow us to study the final decades of the nineteenth century: for example, Germany, in which from 1870 to 1914 we find a growing concentration of total income due to income derived from capital.

Wages did begin to rise slowly in the final decades of the nineteenth century and the first decade of the twentieth, which is a positive sign compared with the virtually total stagnation (or regression) of wages from 1800 to 1860 or so. Moreover, this dark era of industrialization contributed to the rise of socialist movements. In any case, inequality remained quite high in 1870–1914, and the concentration of wealth and capital income even increased up to World War I.

The decreasing concentration of wealth in the twentieth century was thus a major historical novelty, the importance of which cannot be overstated. Admittedly, wealth remained highly unequally distributed. But for the first time in the history of modern societies, a significant share of total wealth (several dozen percent and sometimes as much as half) was owned by social groups in the bottom 90 percent of the distribution.